Brought to you by Paddy Power

This will help find the CONIFA team for you. 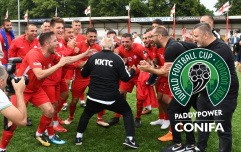 END_OF_DOCUMENT_TOKEN_TO_BE_REPLACED

The CONIFA World Football Cup is set to kick off on May 31, and if you didn't already know, it's better than its FIFA equivalent for a number of very good reasons.

As we all know, football is no fun unless you have a team to cheer for, even if you have no real connection to them. With that in mind, here is a handy guide to turn you from a neutral into a diehard Northern Cyprus fan or Metabeleland hardcore. To help with that, here are all the Premier League equivalents to the teams who will feature in the CONIFA tournament.

Abkhazia hosted and won the last CONIFA World Football Cup back in 2016. They are the team to beat, they are Citeh. 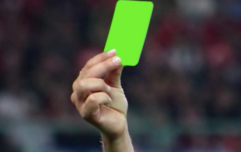 Referee brandishes first ever green card in a football match

END_OF_DOCUMENT_TOKEN_TO_BE_REPLACED

Panjab erupted out of the last tournament on their debut, finishing as eventual runners up to Abkhazia after losing 6-5 on penalties. It was similar to Leicester City taking on all the big established sides in their 2015/16 season, except this time the established sides were Somaliland and Western Armenia. In Amar Singh Purewal they have a presumably Jamie Vardy-esque striker bang in form, having scored 10 goals in only 11 caps.

They finished third in the last CONIFA World Football Club, which proves they are a contender but most importantly, their home shirt is red.

This isn't easy you know.

Other than the fact that they are representing a former area of northern Hungary now part of Slovakia, I know nothing about Felvidek. This is their first tournament, they are oddly mysterious, they are Watford.

Padania represent eight regions in northern Italy. Which team is the most Italian football team in the Premier League? I will tell you with a list of names.

Tuvalu are historic, unlike many of the teams in the CONIFA World Football Cup. They played in the 1979 South Pacific Games. That's footballing heritage. That's Everton.

Also, look at their list of most capped players! Hardly a goal in sight other than for the Dixie Dean stylings of Alopua Petoa. Pure Everton.

Tibet have a striker called Tashi Samphel. He has made one appearance. Do you know how many goals he has scored? In that single game? 5. 5 goals.

Tibet are Tottenham Hotspur, Tashi Samphel is everything Harry Kane dreams about at night.

Tamil Eelam qualified for the 2014 World Football Cup by beating Darfur 10-0. That was good. At the tournament proper, they lost 9-0 to Iraqi Kurdistan. That was bad.

I know, I know, Wolves technically aren't a Premier League team yet, but this is why they are the perfect team for Cascadia, a team composed of players from the US states of Washington and Oregon and the Canadian province of British Columbia.

Cascadia have yet to play a single international game. Their first will be in this tournament. Look at their Wikipedia page, and you will see none of their players have a made a single appearance.

Cascadia are the young, untested, Portuguese-tinted Wolves squad, about to see if they sink or swim in the Premier League.

Barawa is the team representing the Somali dispora in England. Amongst their recent call-ups are a few Dortmund Youth players... who else has a couple of (former) Dortmund players?

Western Armenia's qualifying method to this magical tournament? Wild card. Who is the biggest wild card in the Premier League? Jonjo Shelvey. Easy.

Somebody has to be Huddersfield.

Kárpátalja's biggest loss, ever, was 1-0. It's like Sean Dyche himself was managing them. They are Burnley.

As you might have guessed, United Koreans in Japan represent the Korean population living in Japan. They do what it says on the tin, they are honest.

Therefore they are... *puts blindfold on, throws a dart at a board* ... they are Brighton & Hove Albion. They are Brighton. Something about Glenn Murray, Lewis Dunk, Bruno and Anthony Knockaert, united Championship players in the Premier League.

There. Done. Now you can enjoy the CONIFA World Football Cup.