Paul Scholes: If Guardiola was the manager of Manchester United he would hate what he was seeing

During his playing career, Scholes was known as one of the pillars of United's most successful spell ever. He made a name for himself as the silent assassin within the squad, he would go out on a Saturday, control an entire game, maybe score a 30 yard screamer, then take himself off home after.

No interviews, no media, no drama.

END_OF_DOCUMENT_TOKEN_TO_BE_REPLACED

Scholes, the pundit though, seems to be making up for a 20 year career spent in silence, as he has become very vocal in retirement, especially when it comes to the club he grew up in.

In the past he has attacked Louis van Gaal over the tactics he deployed in Manchester, more recently midfield star Paul Pogba has come under fire from Scholes due to his at times disrespectful attitude and below par performances. 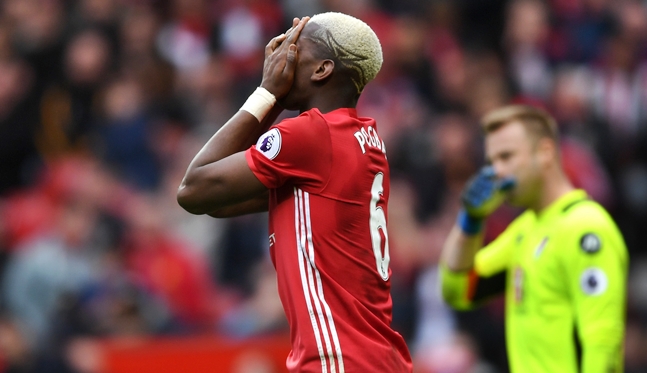 Jose Mourinho however has been at the brunt of Scholes' attacks quite a few times since taking over, and with the team having not won either of their opening two pre-season games, Scholes has hit out again.

“He (Mourinho) doesn't look happy to me. As a football person, if you’re a coach and you see your team playing – he (Mourinho) may be happy (with the style of play),” he said on beIN Sports.

“It’s a team who grind out results rather than really impresses you. That’s probably what he is happy with, that’s where he has been at his best over the years."

Scholes then compared Mourinho to his long-time rival and Man City coach Pep Guardiola, highlighting the differences in each manager's approach to the game.

“If Guardiola was the manager of Manchester United he would hate what he was seeing – and it would be different."

Before stating that looking good wasn't necessarily what matters to Jose, it is the end score that he is concerned with.

“But, the most important thing to him is results, he will be judged on that.”

Mourinho has not responded to Scholes' comments yet, he did however speak to MUTV after their goalless draw with San Jose Earthquake.

“We are not a team. We're a group of players from different teams, some are first-team, some under-23s, some coming from loans and going on loan, some are younger, under-18s. We don't have a team to play much better than we did but [it's] one more training session.”

One goal against Club America and San Jose Earthquakes is not a good return for a club of United's stature. Scholes believes that last season was a disaster for the club and Mourinho may be on borrowed time if he does not deliver a first league title in five years.

"Last year was a disappointing year. You don't have any divine right to win a trophy, I know that, but the way they performed in the league wasn't at the standard required," he added.

"They got beaten by Sevilla in the Champions League who are a poor team. Yes, they got to the final of the FA Cup, but every year that Manchester United don't win something is a disaster, and that will carry on."

As per usual, we await Jose's response...