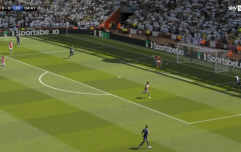 END_OF_DOCUMENT_TOKEN_TO_BE_REPLACED

Jarrod Bowen put Hull ahead when he netted in the 25th minute before sealing the win with a second goal in the 58th.

But any credibility the East Yorkshire club might have taken from the win over their West Yorkshire rivals was short lived, after footage emerged showing the away fans participating in what one social media users described as "the worst chant seen in English football" towards the end of the game.

Sure, there are more offensive chants in modern football, ones that have no place on the terraces - chants rightly derided for their sectarianism, for mocking tragedy, for invoking war - but the Hull chant is unique in receiving a backlash for its utter patheticness.

Video footage posted to social media shows the Hull City fans singing "you're getting mauled by the tigers" complete with a 'clawing at thin air' action. A moment that runs closer to primary school children singing 'He's Got the Whole World in His Hands' in morning assembly than the shithousery you expect on the terraces during a White Rose derby. 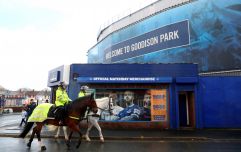 END_OF_DOCUMENT_TOKEN_TO_BE_REPLACED

The backlash on social media was near instantaneous with many comparing it to something you would seen during a football match on the other side of the pond.

One user wrote: "Has to be the worst chant in the history of game makes the MLS chants intimidating."

Another shared the footage, writing: "This is so embarrassing. Worst chant and actions I’ve seen in English football. Sign them up Major League Soccer."

Watch it for yourself here: