When Iceland battled back to draw with Portugal at Euro 2016, Cristiano Ronaldo decried their small-time mentality.

END_OF_DOCUMENT_TOKEN_TO_BE_REPLACED

At Rio 2016, Team USA were knocked out of the Women's Soccer tournament and their goalkeeper, Hope Solo, went a couple of steps further.

Solo, who endured crowd abuse and indifferent form in these Olympic games, was incensed at the manner of her team's exit. She felt Sweden were happy playing for a draw and was livid when those perceived tactics paid off with a shootout victory.

During that shootout, Solo held up proceedings at a crucial stage for a glove change that only managed to piss off the crowd and get no-one on her side. It mattered little as Lisa Dahlkvist blasted past Solo and her new gloves. 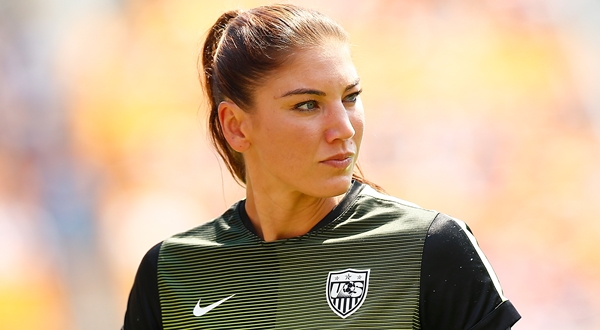 Post-match, Solo told reporters her side had played a courageous game and had a host of goal chances. She continued:

"I think we showed a lot of heart. We came back from a goal down, I’m very proud of this team. And I also think we played a bunch of cowards.

"The best team did not win today, I strongly, firmly believe that."

Solo can also believe that few will miss her irascible presence in Rio.

popular
How did Brian Laundrie’s parents find his remains in a few hours?
‘Flesh-Eating’ STD spreading across the UK causing 'beefy red' sores
A definitive ranking of every swear word from worst to best
Here's how to see who's been taking screenshots of your Instagram Stories
Vin Diesel walked Paul Walker's daughter down the aisle
A Netflix horror film is so terrifying people can't finish watching it
Protesters gather outside Premier League HQ to call for an end to Saudi involvement in football
You may also like
News
At least seven bodies have been found in search for Brian Laundrie
News
Outcry after woman sentenced to four years for miscarriage of 17-week-old foetus
News
Colin Powell: Former US Secretary of State dies due to complications from Covid-19
News
'I'm not into golden showers' Donald Trump declares in bizarre off-script moment
News
Gabby Petito died from strangulation, coroner confirms
Next Page