Here are six sports books to add to your Christmas list

'Tis the season to be reading.

The period before Christmas is the prime time to release sports books because, well, people who know nothing about sport need to have options when buying presents for people who like sport.

So, while there is a good chance you may end up with one in your stocking, you might like to broaden your horizons and check out the nominees for the William Hill Sports Book of the Year.

This year's shortlist is an eclectic mix, featuring boxing, cricket, football and the Winter Olympics. 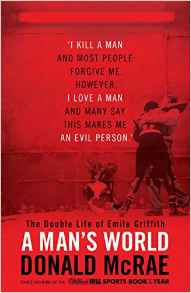 "I kill a man and most people forgive me. However, I love a man and many say this makes me an evil person." Donald McRae tells the story of Emile Griffith, a welterweight world champion who struggled to conceal his homosexuality in a socially conservative 1960s America. When his great rival Benny Paret taunted him ahead of their third and final bout, Griffith was so enraged he pounded the Cuban into unconsciousness. He never woke up.

Fifty-Six: The story of the Bradford Fire - Martin Fletcher 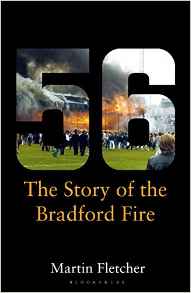 END_OF_DOCUMENT_TOKEN_TO_BE_REPLACED

Martin Fletcher was in Valley Parade in 1985 when four members of his family, spanning three generations, died in a catastrophic fire alongside 51 more. Only 12 at the time, Fletcher has spent 30 years campaigning for answers as to the cause of this terrible and preventable disaster. The revelations in this book made front page news when it was released. 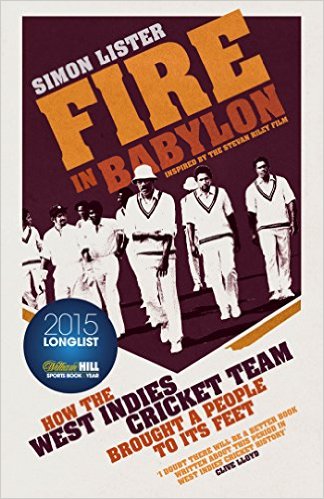 If you were an Scotsman with an interest in cricket in the 1970s, you probably supported the West Indies. An incredibly talented collection of players with some of the most fearsome bowlers in the history of the sport, they inspired a new-found confidence in the people of the Caribbean and scared the hell out of the traditional powers such as England and Australia. Simon Lister does a great job collating the personal accounts of this extraordinary team.

The Game of Our Lives - David Goldblatt 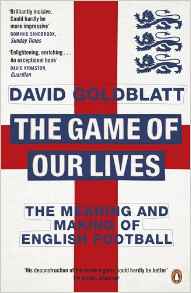 More than a book about English football, David Goldblatt charts the transformation of the game from a struggling sideshow in 1980s to the centrepiece of English culture and draws some conclusions on British society in the era following Margaret Thatcher's time in power. 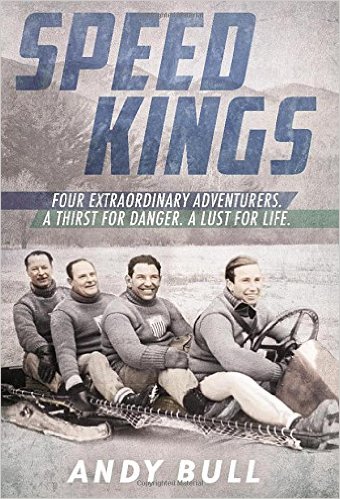 Telling the story of how four adventurers came together to win gold in the bobsled at the 1932 Olympics at Lake Placid, encapsulating mobsters, Broadway and the looming threat of World War II. The research undertaken by Guardian journalist Andy Bull to bring these four characters to life is phenomenal.

Living on the Volcano - Michael Calvin 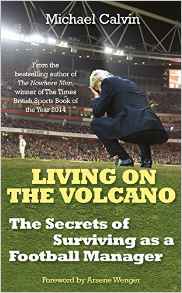 This attempt to humanise the villains and caricatures that inhabit the dugouts of English football rings so true that Arsene Wenger agreed to write the foreword. It is the Arsenal manager's description of the perils of the job that lend the book its title and Michael Calvin introduces us to the varied personalities who live in fear of the lava flow.

popular
Deep fake meme lads sing sea shanty that will make you want to abandon your childhood sweetheart and circumnavigate the globe
QUIZ: Name the films referenced by The Simpsons
QUIZ: Identify which of these 50 players played with Wayne Rooney
A definitive ranking of every swear word from worst to best
Here's how to see who's been taking screenshots of your Instagram Stories
Netflix announces new true crime documentary about terrifying LA hotel
Rishi Sunak planning one-off £500 payment to benefit claimants
You may also like
Sport
QUIZ: You have 30 seconds to answer this one tricky football question
Sport
Mesut Özil all but confirms Arsenal exit with not so cryptic tweet
Sport
Mesut Özil and Arsenal's drawn out annulment is a cautionary tale
Sport
QUIZ: Identify which of these 50 players played with Wayne Rooney
Sport
Wayne Rooney retires to become permanent manager of Derby County
Next Page