"Rugby deserves credit... you compare it with football and it's delay after delay..."

Football's lack of action in introducing stricter protocols for dealing with concussion has been "unacceptable", according to brain injury charity, Headway. 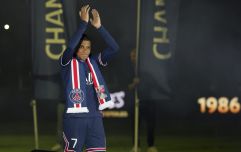 END_OF_DOCUMENT_TOKEN_TO_BE_REPLACED

The topic has been thrust back into the spotlight following the sickening clash of heads between Wolves striker Raul Jimenez and Arsenal's David Luiz during the early stages of Sunday's Premier League game.

Jimenez suffered a fractured skull as a result of the collision, whereas Luiz was treated for a cut to his head but given the all-clear to continue playing. The Brazilian was later substituted at half-time, with the decision to allow him to stay on the field for the remainder of the first half drawing heavy criticism.

Luke Griggs, Deputy Chief Executive at Headway, a charity which works to improve the lives of people after they suffer brain injuries, has voiced his concern at football's repeated failure to heed the warnings of other similarly high-profile incidents.

END_OF_DOCUMENT_TOKEN_TO_BE_REPLACED

In 2013, the charity urged football authorities to address the issue when Tottenham goalkeeper Hugo Lloris was allowed to continue playing despite briefly losing consciousness as a result of being kneed in the head by Everton's Romelu Lukaku.

"At the time we were very strong in our words about the failure to protect players and that something had to change," Griggs tells JOE. "We believed that was the opportunity for football to move with the times, and yet here we are, seven years later - seven years - and nothing has changed when it comes to football and concussion. It’s simply unacceptable."

Whereas other sports - most notably rugby - have shown willingness and proactivity in introducing new measures to improve how they deal with concussion injuries, Griggs has again expressed a frustration at the comparative slow pace of progress within football.

"Rugby deserves credit," he says. "They've changed laws when it comes to the height of tackles, extended the time for concussion substitutes, they’ve changed how coaches teach how to tackle - one of the main areas of risk for concussion in the sport. You contrast that with football, and it’s delay after delay." 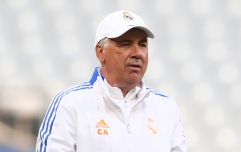 END_OF_DOCUMENT_TOKEN_TO_BE_REPLACED

After repeated calls from Headway for the introduction of temporary concussion substitutions, which would allow medical staff adequate time to determine if a player is suffering from the effects of a blow to the head, they are yet to be trialled in the sport.

"We’ve had a few high-profile incidents and you have to ask how many more risks does football need to take?" Griggs continues. "A year ago we heard from IFAB (The International Football Association Board) that they would be trialling concussion subs at the Olympics. They, of course, were postponed, but I’m struggling to think why we need to trial anything. Just get on with it. Do it."

Speaking after the incident between Jimenez and Luiz, a source at one Premier League club told JOE it was imperative that club doctors were afforded more time and support to adequately assess whether players were feeling the effects of concussion during high-pressure match situations. Griggs has spoken to numerous medical staff at professional football clubs over the years and wholeheartedly agrees, stressing that - despite comments made by Troy Deeney on Monday - it is essential that a player's opinion is not factored in when deciding if he should stay on the pitch.

"You can't just run off a brain injury and you can’t see the damage done behind the skull," he says. "You have to trust the experts and it must be taken out of the players’ hands. We know they’re intrinsically competitive - you have to be to get to that level - and they want to stay on the pitch so won’t always be honest about whether they are feeling the effects of concussion."

As well as the introduction of temporary concussion substitutes, Griggs has called on club medical staff to be supported by independent match-day doctors when making final calls on whether a player needs to be substituted. This, he points out, was promised by the Premier League in 2014, but has yet to materialise.

Though Premier League club medical staff are now provided with tablets on which they can access up-to-the-minute replays to gain further insight into injuries, clearly, there is a feeling that far more work needs to be done.

"There’s a lot of frustration," Griggs says. "There are questions as to whether it would take NFL-style lawsuits to actually make something happen. Personally, I really hope that isn’t what’s needed. It would be a terrible indictment on football if the only reason they’ll move is for fear of being sued."

More information about Headway can be found by clicking here