The England defender attracted interest from several clubs in the transfer window, including Manchester United, following a strong showing with the Three Lions at the 2018 FIFA World Cup in Russia.

END_OF_DOCUMENT_TOKEN_TO_BE_REPLACED

The 25-year-old was strongly linked with a move to Old Trafford earlier this month as Jose Mourinho looked to strengthen his defence heading into the new season but the centre-back is content to now stay and improve at Leicester after joining the Foxes last summer on a five-year contract from Hull City.

“I want to be on the pitch, whether it is for someone else or for Leicester,” Maguire told reporters.

"There was always going to be interest over the summer after the team doing so well in Russia, but the owners reiterated I was not for sale and I respected their decision. 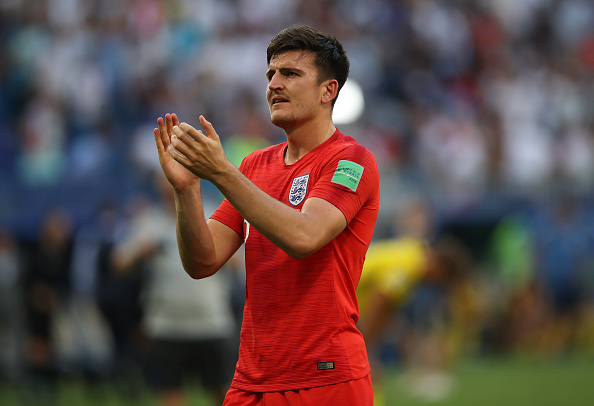 “They gave me the opportunity to play for this club, such a good club on the rise and I respected their decision. My mind has been fully on Leicester since then.

“I’ve been really impressed since I came back. The people brought in seem to have fitted in really well and I think we’ll only get better.

“I’m an ambitious player and I think we have a really good, talented squad. If we stick together, we can be a real force this year.”

Teammate Kasper Schmeichel believes Maguire will continue to improve and become one of the best players of his generation.

"He's got every attribute you could possibly want in a defender. He's an exceptional football player. Harry can go as far as he wants. With his work ethic and his attitude, I've got no doubt he's going to kick on this season."