Bournemouth finally got their first points of the season after rebounding from 1-0 down to beat Brighton.

Eddie Howe has found himself under some pressure after his Cherries side lost their opening four Premier League games and were nestled at the bottom with Crystal Palace. With Frank de Boer already sacked from the Eagles, Howe will have been massively relieved with his side's resolve in the 2-1 victory. 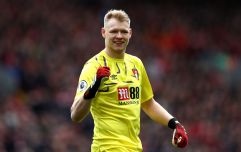 END_OF_DOCUMENT_TOKEN_TO_BE_REPLACED

One man that was in desperate need of a confidence boost was one of Howe's star pupils, Harry Arter.

The midfielder arrived into the Republic of Ireland's camp for the recent World Cup qualifiers as the man many were looking towards as a tempo-setter for Martin O'Neill's team. Arter spoke incredibly well in his press duties ahead of the Georgia game but, like so many in Tbilisi, he had an off night and struggled to retain possession.

Within the space of four days, Arter had gone from a guaranteed starter to running sprints on the Aviva Stadium pitch after not getting near it during Ireland's damaging 1-0 loss to Serbia. 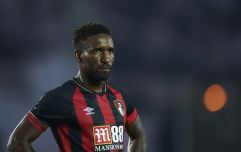 END_OF_DOCUMENT_TOKEN_TO_BE_REPLACED

He was then part of a Bournemouth side that were chasing shadows against Arsenal at the Emirates. The 3-0 defeat, last Saturday, ended a miserable seven days for the 27-year-old.

Howe stuck with many of his trusted lieutenants for Friday night's visit of Brighton and they started well without breaching the away side's stout defence, led well by Shane Duffy. Fans at the Vitality Stadium let the hosts have it after Solly March had put Brighton in front and they responded well.

Andrew Surman - Arter's midfield partner - got the equaliser before the Brighton defence somehow left Jermaine Defoe unmarked in the box. The England striker made them pay despite a lunging attempt to block by Duffy. 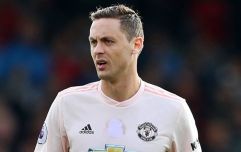 END_OF_DOCUMENT_TOKEN_TO_BE_REPLACED

Arter then did what he had trouble doing against Georgia - got on the ball, found teammates with passes short and long, and broke down opposition bursts. It was his best game of the season so far.

Still, winless in the league so far, Bournemouth were under the pump in the closing stages. Arter did what many a player has done over the years, as a clock winds down, and hit the deck.

Cramp was his complaint and at least three Bournemouth teammates were only too happy to hold up play to help Arter stretch out that cramping leg. With two minutes of the four extra already elapsed, Duffy was not for hanging around.

There was no malice intended but he was quick to let his Ireland teammate know that he was calling his bluff. Arter seemed to take his reaction in good spirits: 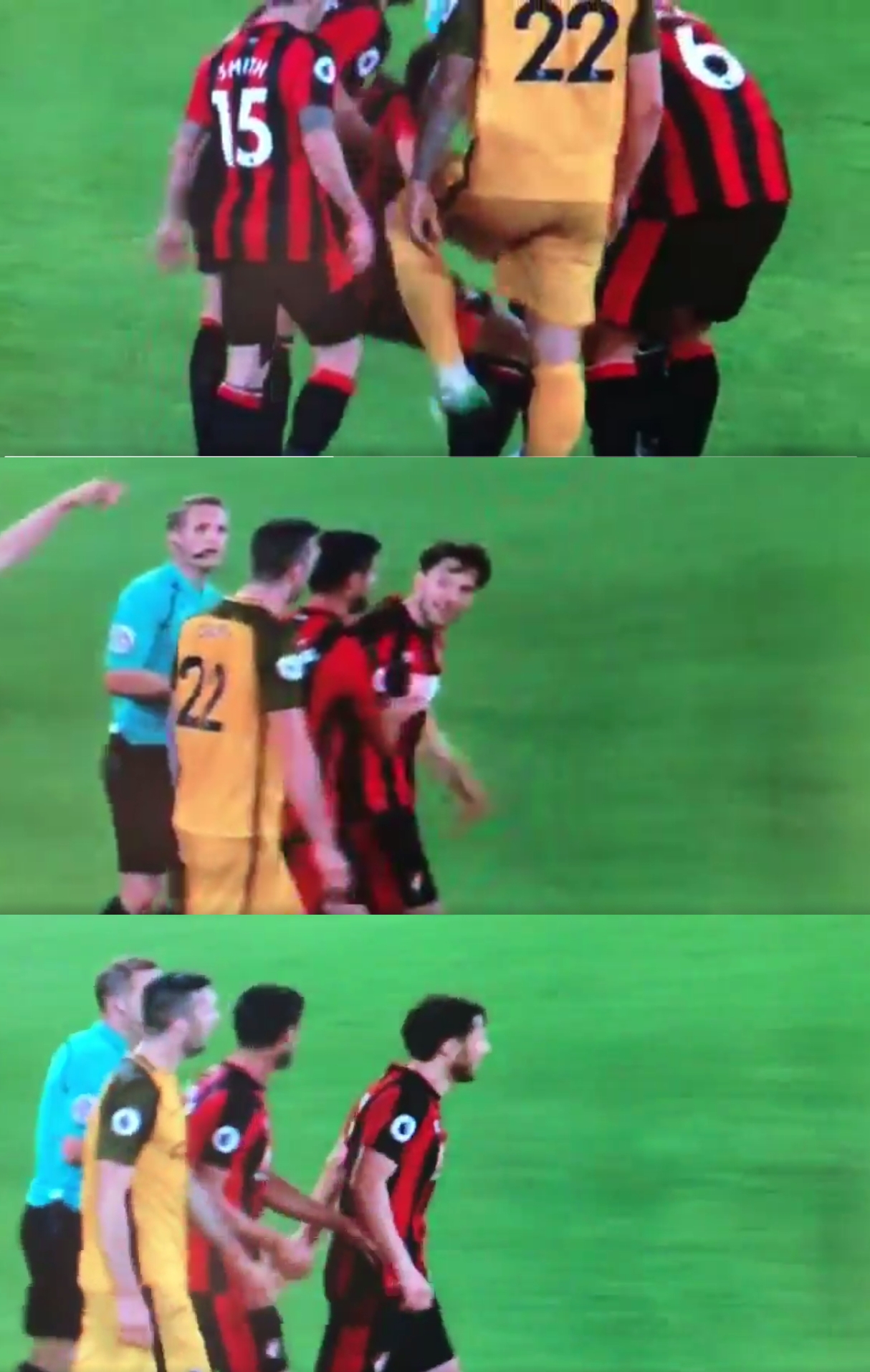 The final whistle sounded soon after and both men found each other again to share a few words before heading for the tunnel.

Disappointing night all round gutted we didn't get nothing from the game, disappointed in myself but we go again and put it right #bhafc pic.twitter.com/cSYp2Sjd4t

popular
British teen says she was raped in Majorca hotel by 'famous actor and musician'
Bette Midler wants the US to ban Viagra because it’s ‘God’s will’ to have a ‘limp d**k’
Amber Heard is now being investigated for perjury
Radio station plays 'Killing in the Name' non-stop from 6am after multiple staff get fired
Lewis Hamilton could be banned from British Grand Prix
Supermarket cracks down on people breaking off broccoli stems to save money at the till
Police hunt for two 'laughing' men who kissed three-year-old girl in front of distressed mum
You may also like
News
British beach evacuated after 'large shark' spotted swimming yards from the shore
Sport
The JOE Monday Football Quiz: Week 5
Sport
Asmir Begovic thinks Bournemouth's front three are as good as Liverpool's attack
Sport
FPL players fume as Richarlison gets soft red card at Bournemouth
Sport
The story behind Eddie Howe making exceptional the norm at Bournemouth
Next Page