This was just plain nasty.

Harry Arter almost made smithereens of Joe Allen's standing leg on Saturday afternoon, it the Premier League game between Bournemouth and Stoke City at the Vitality Stadium.

The Bournemouth midfielder went flying in with both feet off the ground after Stoke's Allen had taken a heavy touch and stretched to retain possession.

The crunching tackle saw Allen left in a bundle and Arter surrounded by Stoke players. 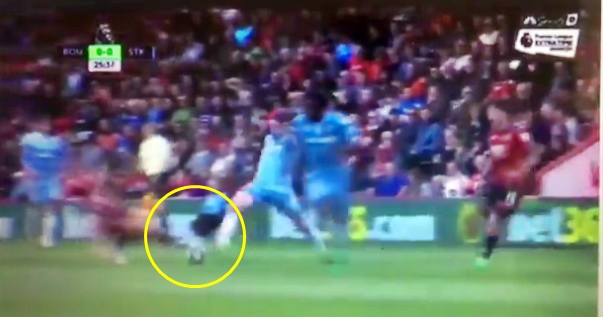 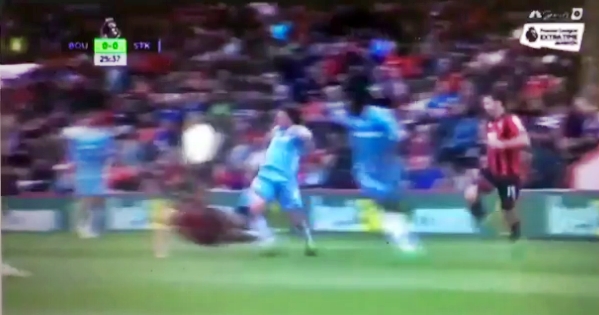 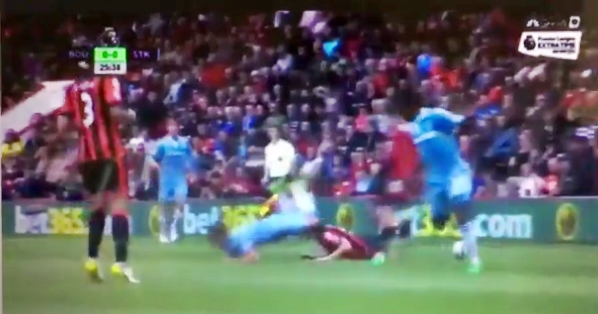 It looked for all the world that Arter would be given his marching orders after only 25 minutes but he had a yellow card reprieve.

Nobody that saw it live or on TV could quite believe it.

That Harry Arter tackle was horrendous

Arter is a lucky lad and so is Allen.

The Ireland international may yet pick up a long domestic ban if the referee notes the incident in his report.