Is this the hardest team ever assembled in the Premier League?

"If the division was decided on characters, I think we would have won it!"

Back in 1990, before he set off for his Italia '90 adventure with Ireland, Andy Townsend had a decision to make - Arsenal or Chelsea.

END_OF_DOCUMENT_TOKEN_TO_BE_REPLACED

Having jumped from non-league Weymouth to Southampton, in 1985, the midfielder cut his first division teeth at The Dell before moving to Norwich City for two seasons. As the 1989/90 season wrapped, Townsend had offers from Arsenal, who had just won the league, and Chelsea.

"There was a chance that the Arsenal move could have happened," he told JOE's All To Play For, "but when I heard Chelsea were interested, I just wanted to go there.

"Even though the ground [Stamford Bridge] was a bit of a dumping place, compared to many, it still felt brilliant to me, the day I signed."

The other big signing that season, for Chelsea, was Dennis Wise, who had won an FA Cup with Wimbledon in 1988 but was looking to make a step up and earn England recognition.

During his time at Chelsea, another hard-nut arrived in the form of the combative Vinnie Jones while bustling forward Mick Harford was signed from Luton Town. Townsend jokes that if trophies were handed out due to the amount of "characters" in the squad, Chelsea would have been dripping in medals.

Added to that set of hardy bucks were goalkeeper David Beasant and prolific striker Kerry Dixon. With Townsend listing out the names, which also included feisty Scots Craig Burley and Steve Clarke, show co-host Joe Cole remarked, "Is that... that's got to be the hardest team ever assembled in the Premier League!"

Leeds United's teams of the early to mid 90s and West Ham's squad from around the same period would contend for that Premier League crown, as would Wimbledon, circa 1992 to 1996. 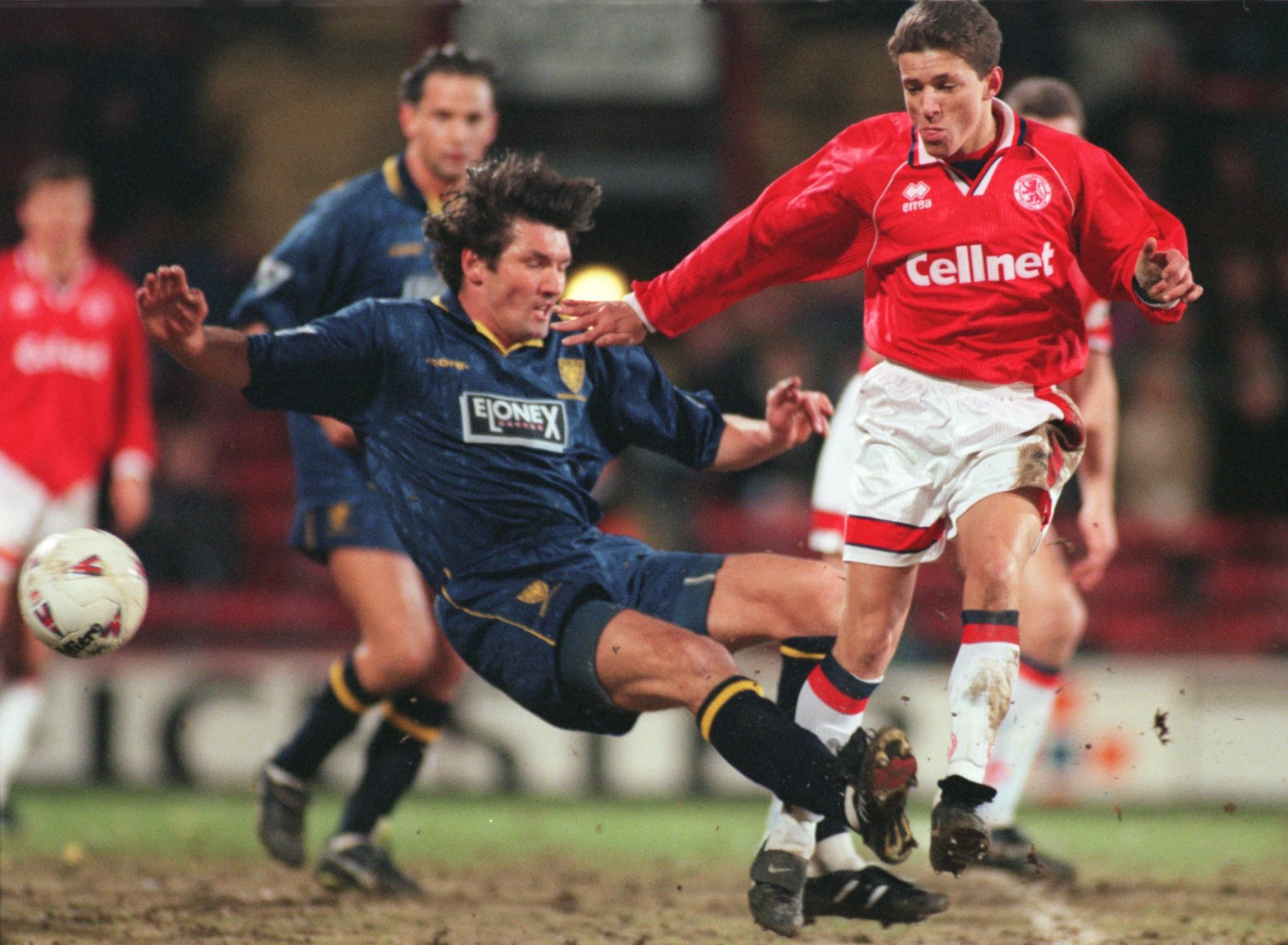 END_OF_DOCUMENT_TOKEN_TO_BE_REPLACED

Cole, who played for West Ham, Chelsea and Liverpool, grew up as a Blues supporter that idolised the likes of Townsend, Wise, Dixon and Gordon Durie. He recalls getting all of their autographs, on multiple occasions, but admits he was always afraid to ask the imposing Harford for his.

"Mick used to scare the life out of me!" he jokes. "Mick was like something from The Avengers. He was so intimidating!"

Townsend, who won 70 caps for Ireland, recalled when Harford opened up a nightclub in Luton and invited all the Chelsea players to attend its' opening night. 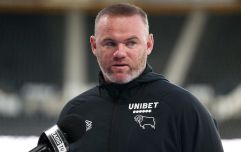 END_OF_DOCUMENT_TOKEN_TO_BE_REPLACED

"So we're all there at this club in Luton. We were all having a drink at the bar when one of the bouncers - this massive guy who was about 6-foot-4 - he comes over to Mick and says, 'There's a bit of trouble outside'.

"Instead of telling the bouncers to go and sort it out - 'Do me a favour. Do what I'm paying you for, and go and tidy that up' - Mick went out there and chinned a couple of them, in about two seconds flat!

It is probably no shock to learn that Harford lasted just the season at Chelsea before bouncing to Sunderland and Coventry and finishing out his playing days, aptly enough, at Wimbledon.

Townsend was joined by Tony Cascarino in 1992/93 as he replaced Harford in the striking, and character, department. He left the club in the summer of 1993 for a more successful spell at Aston Villa.

popular
Alex Scott hits back at Brexiteer Lord who complained about how she speaks
DaBaby disappears from Parklife festival lineup after on-stage homophobic rant
The JOE Friday Pub Quiz: Week 254
Australian swim coach Dean Boxall produces another wild celebration
Doctor says never take paracetamol to treat a hangover and reveals what to take instead
Nigerian sprinter Blessing Okagbare out of Olympics after failed drugs test
YouTuber Albert Dyrlund falls to his death from mountain while filming video
You may also like
Sport
Agony for Team GB as extra-time collapse sees Matildas waltz on
Sport
Marcus Rashford to undergo 'imminent' surgery after United consultation
Entertainment
Seven things to watch to quench that football thirst before the new season kicks off
News
Portsmouth sack three players for racist messages about Rashford, Sancho and Saka
News
Wayne Rooney apologises to family and Derby over leaked online images
Next Page