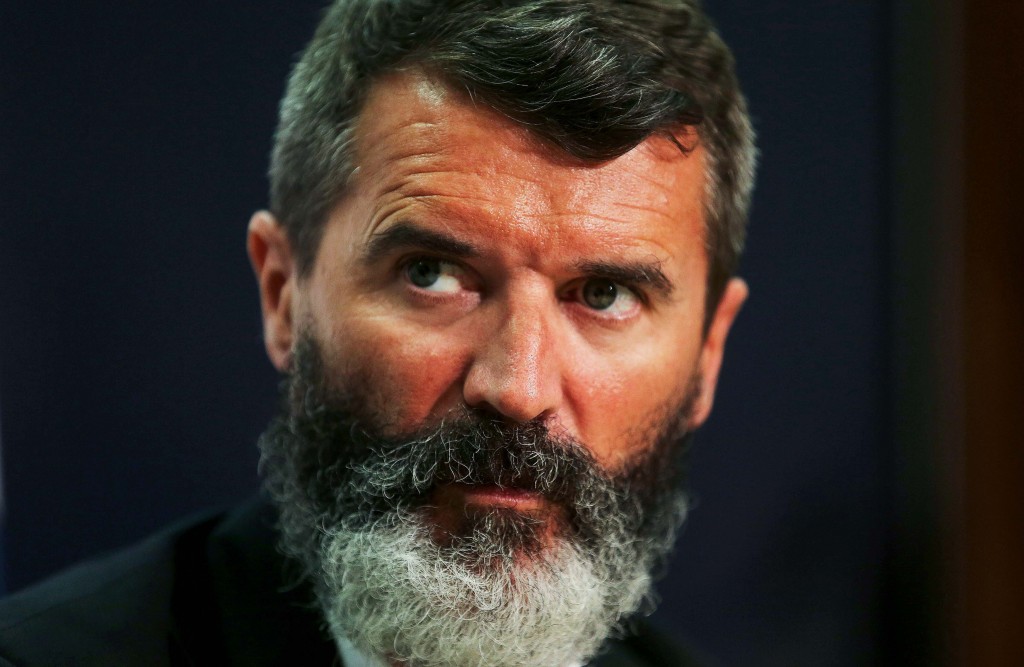 Okay, so you're not the party type, Roy.

How about, to celebrate your special day, we take a look back at your most intimidating moments instead? 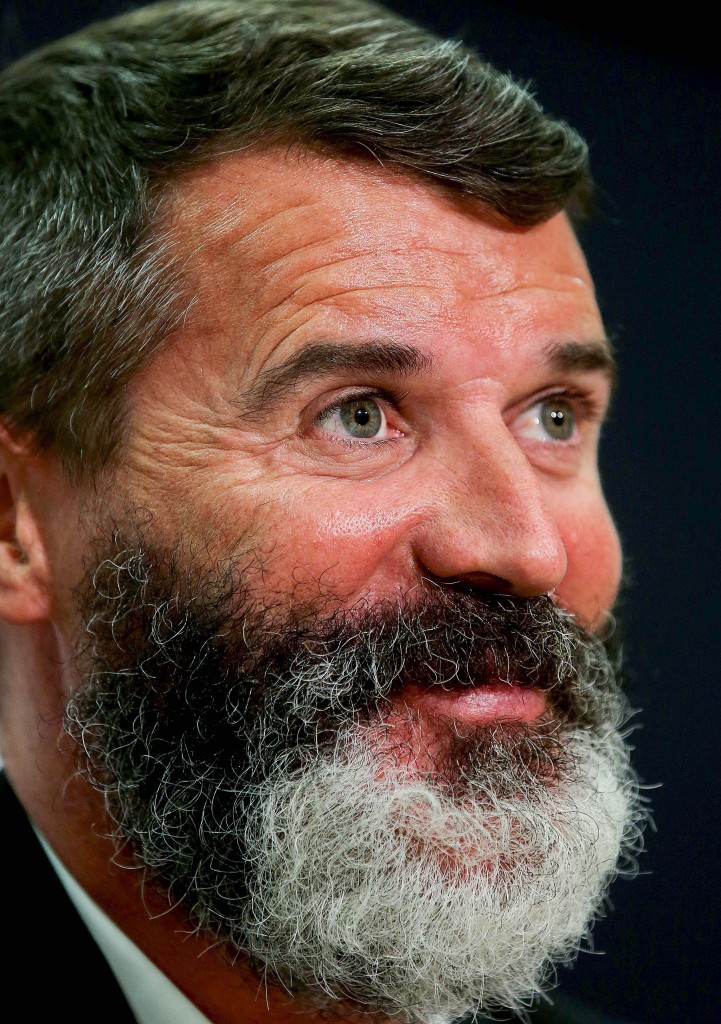 END_OF_DOCUMENT_TOKEN_TO_BE_REPLACED

10. When he was better than his goalkeeper

Roy Keane signed Craig Gordon for Sunderland for £9 million from Hearts in 2007. The then Sunderland manager paid a British transfer record for a goalkeeper, but would end up making a show of Gordon in training.

Keane wasn't happy with a goal the keeper conceded, so thought he'd show them how it was done, and jumped in goal.

"I put the gloves on and I said that if they could get the ball past me I’d give them a thousand pounds each but, if they missed, they’d have to give me a hundred. Eight or nine players lined up, and I knew that Craig and the other goalkeepers were pissed off with it. They didn’t even look at my goalkeeping skills. They just did their stretches. I tipped a few on to the bar, on to the post, and I kept a clean sheet. I won eight hundred quid off the players – I could have lost eight grand. I was trying to generate a bit of banter, but I’d embarrassed, and maybe belittled, the goalkeepers. I hadn’t meant to. But I didn’t think the keeper should be beaten from 25 or 30 yards. I think I lost Craig for a few weeks, and maybe longer, because of that."

We're not surprised Roy was still the best player in training when he was a manager, but being the best goalkeeper too is just taking the p***.

Rio Ferdinand signed for Manchester United for £30million in 2002. If we adjust the fee for a talented England international, with Champions League experience to the current transfer market, it would likely be double that.

Ferdinand had made it to one of the biggest football clubs in the world, but was quickly brought back down to earth on his first day's training for United. 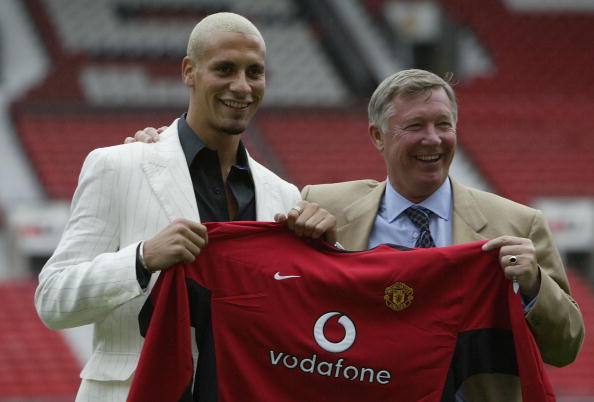 "Pass the f***ing ball forward," Keane screamed at Rio after he made his first pass in training. Ferdinand added: "I looked at him, his face all contorted, and he goes: 'It's f***ing easy going sideways, pass it forward.'"

Yorke failed to control a deliberately overhit pass from Keane in his first training session. "Cantona used to kill them," Keane sneered.

In other words, I don't care about your transfer fee, you'll never be as good as the player we had before.

Imagine that for a first day at a new job.

8. Karate-kicking a tactics board

Keane also managed Yorke at Sunderland, but now has "no respect" for the former striker.

Yorke said Roy wasn't the best person to be around after a poor result, which happened quite a bit at struggling Sunderland.

"After one game, he asked our kit manager if he can get the tactics board," it reads in Yorke's autobiography.

"'Sure', he said. The board goes up. And Keano takes a running jump and smashes it over with a kung fu kick. He screamed at Danny Collins. 'Never come and ask me for a contract again.' And then the captain, Dean Whitehead, is next. 'Captain? Captain? Some f***ing captain you'."

Keane didn't confirm the story in his own autobiography, but he did reveal he texted Yorke to tell him to "go f*** yourself".

In September 2001, Ireland beat the Netherlands 1-0 in a crucial World Cup qualifier at Lansdowne Road.

Keane's crunching tackle on Overmars early in the game has since grown in stature, and is always referenced when people talk about the game, despite the Dutch winger going on to have a good game.

The tackle raised the noise in the stadium though, and reminded Keane's team-mates, if they needed it, that they were involved in a massive game and couldn't cede an inch to their illustrious opponents.

6. Standing up to Jack Charlton and Mick McCarthy

Keane was with the Ireland squad in the United States for an end of season friendly tournament, and went for a drink with Steve Staunton following a game. The pair showed up late for the team bus the next morning, and manager Jack Charlton wasn't happy.

"Nineteen years old, your first trip, do you have any idea how long we have been waiting?" Charlton said to Keane, when he eventually arrived, 30 minutes late.

Charlton was untouchable in Irish sport following the team's heroics at the 1990 World Cup, but the 19-year-old wasn't fazed. 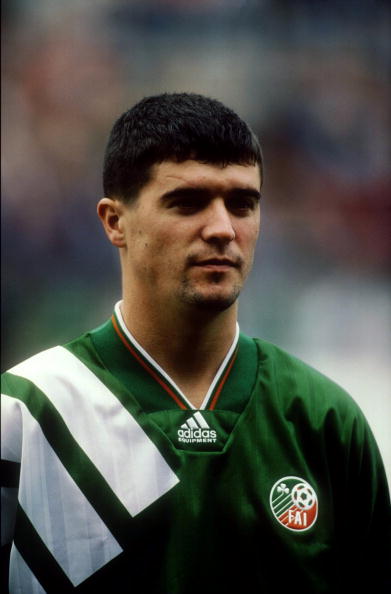 "I didn't ask you to wait, did I?" Keane shot back. "I looked him straight in the eye. He was a bully, who didn't like it when the boot was on the other foot...He backed off."

When Mick McCarthy got involved, telling Keane he was out of order, the Corkman told him to: "Go f*** yourself."

He would end up saying worse to McCarthy, a lot worse.

Keane wasn't pleased after losing to Reading while Sunderland manager to a controversial late goal. He was even less pleased with what he saw as unsportsmanlike goading from Reading coach Wally Downes, who had made a point of shaking the hand of every Sunderland player.

While coach Kevin Dillon had spent the game calling Keane a 'wanker'.

Roy went into the Reading manager's office after the game, but not for the customary glass of wine.

"I walked into Steve’s (Coppell) office. Wally Downes was there, and their director of football, Nick Hammond. Kevin Dillon was sitting down. I go, ‘Well done, lads – well done.’ Wally was right in front of me, and I said, ‘Wally, do you always shake players’ hands after you’ve just beaten them?’

4. When he told managers off in front of team-mates 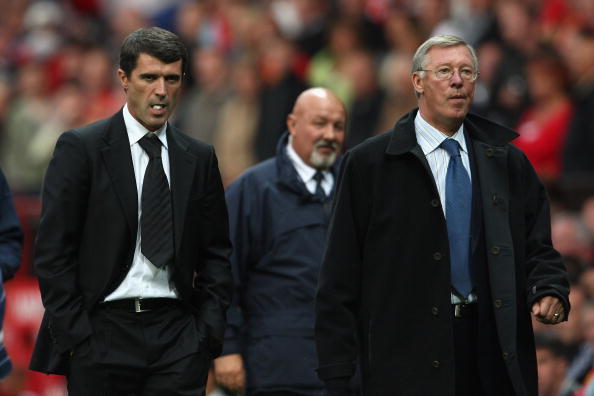 "It was unbelievable. He slaughtered everyone. Darren Fletcher got it, Alan Smith. Van der Sar. Roy was taking them all down. I told him 'What you did in that interview was a disgrace, a joke. Criticising your team-mates and wanting that to go out....

"What I noticed about him that day as I was arguing with him was that his eyes started to narrow, almost to wee black beads. It was frightening to watch. And I'm from Glasgow." - Alex Ferguson on Roy Keane's rant.

Keane still claims it was his choice to leave the Ireland squad in 2002, but disputes Ferguson's version of the team meeting that led to his exit from United in 2005.

Keane said the incident that led to the confrontation, the MUTV interview where he criticised the performance of certain United players, was blown out of proportion, and the players hadn't told him that they'd any problem with him.

2. When a mobile phone went off in a press conference

Roy Keane was operating at peak-Roy levels in November 2009. The then Ipswich manager was speaking about the FAI, bad defending, hypocrisy and going against popular opinion, or 'bullshit', as he would likely call it.

Then a journalist's mobile phone went off.

The journalist in question is rumoured to still be in hiding, others say he never made it out of the room.

"I'd waited long enough. I f***ing hit him hard. The ball was there (I think). Take that you c***. And don't ever stand over me sneering about fake injuries," it reads in Keane's first autobiography.

Keane was referring to a tackle on former Manchester City defender Alf-Inge Haaland, but it reads like a scene from a gangster movie.

Keane had waited four years to enact his revenge on Haaland, who the Corkman accused of standing over him shouting when Keane suffered a serious knee injury in 1997.

"Even in the dressing room afterwards, I had no remorse. My attitude was, f*** him. What goes around comes around. He got his just rewards. He f***ed me over and my attitude is an eye for an eye."

popular
Chilling moment man with knife and balaclava is captured wandering around family's living room
Lisa Kudrow hits back at fans complaining about lack of diversity in Friends
Landlord faces £40k fine after tenant puts swimming pool on roof of flats
James May 'hospitalised after crashing into wall at 75mph filming new show'
Ex-porn star Lisa Ann tells virgin, 46, with micro penis that 'size doesn't matter'
Furious Reading and Leeds ticketholders demand refunds as band replaces Rage Against The Machine
Ex-teacher who got pregnant by former student plans to film birth so it can be taught in schools
You may also like
Sport
Georgia Stanway trolls new German teammates with song choice, days after beating them in Euro 2022 final
Sport
Barnsley look to terminate sponsorship deal after homophobic tweets
Football
Man United failed with eleventh-hour attempt to sign Timo Werner
Sport
Barcelona sell off a further €103m in assets to register new signings
Sport
The enormous wage Ousmane Dembélé is earning at Barcelona revealed
Next Page