Poyet has apparently paid the price after storming out of a press conference following a furious rant about Bordeaux's owners. 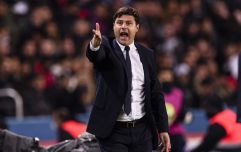 END_OF_DOCUMENT_TOKEN_TO_BE_REPLACED

Shortly after Bordeaux secured a spot in the Europa League qualification play-offs on Thursday night, Poyet launched into a tirade about the club's decision to sell forward Gaetan Laborde to Montpellier.

Poyet claims he didn't find out about Laborde's departure until the morning of Bordeaux's second leg clash with Mariupol, which the French side won 2-1.

"No I am not happy, It is one of my worst days at the club. What the club have done with Gaetan Laborde is a disgrace," Poyet said in his post-match press conference.

"I think we have to stop here. I told the club not to let him leave until we had bought someone else. They have not recruited and they let Laborde go. I arrived at 11.35am. Laborde was not here. He was in Montpellier. Nobody told me anything.

" I want to talk to my agent and I am going to make a decision. I don't know how this is going to finish. Do I have the desire to continue? No. They have done that against me, against the players and the supporters. 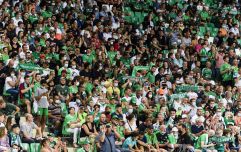 END_OF_DOCUMENT_TOKEN_TO_BE_REPLACED

"I need an explanation from the club: from the owner or the president. They are going to explain to me tomorrow (Friday) and we will see if I carry on or not. Am I going to resign? I don't know."

Reports in France claim that Poyet was immediately suspended by the club before being told his services were no longer required.

Exceptional rant from Gus Poyet this evening - midway through:
Bordeaux press officer: "We will stop there."
Gustavo Poyet: "I decide when we stop. Only I decide."

Apparently, the Bordeaux squad went on strike on Friday morning and initially refused to train because of the treatment of their manager but an update has since revealed that the session finally got underway after some coercing.

Since being sacked by Sunderland in 2015, Poyet has taken charge of AEK Athens, Real Betis and Shanghai Shenhua before he was appointed Bordeaux boss in January.