The first player to earn a big-money transfer off the back of Euro 2016 is, perhaps surprisingly, Graziano Pellè.

The Italy striker has left Southampton for Chinese club Shandong Luneng in a move worth a reported £12m. 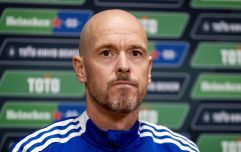 END_OF_DOCUMENT_TOKEN_TO_BE_REPLACED

Pellè scored twice for Italy during their run to the quarter-finals of the tournament, but missed a penalty in the shoot-out defeat to Germany in Bordeaux.

The strikes against Belgium and Spain took his 2015/16 tally to 19 goals in 45 games for club and country, one more than he managed over the previous 12 months. 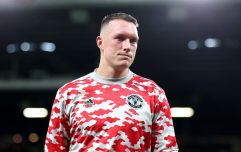 END_OF_DOCUMENT_TOKEN_TO_BE_REPLACED

However, while the fee is by no means small, what's even more eye-catching is the reported wage packet heading the way of the 30-year-old.

According to Gazzetta Dello Sport, Pellè will earn €38m (£32.3m) in two-and-a-half years. Thirty-eight million Euros. Not bad for someone who was plying his trade in Serie B less than a decade ago.

Shandong Luneng, managed by former Fulham boss Felix Magath, are currently in the relegation places in the Chinese Super League and in danger of dropping out of the top flight.