Switzerland have been knocked out of the World Cup

The Swiss went into Tuesday's last-16 tie against Sweden as the slight favourites after some impressive displays in the group stages. They held Brazil to a 1-1 draw, came from behind to beat Serbia with a last-minute goal from Xherdan Shaqiri and then beat Costa Rica 2-1 to advance to the knockout game in St Petersburg.

END_OF_DOCUMENT_TOKEN_TO_BE_REPLACED

However, they couldn't find a way past a stubborn and extremely-well organised Swedish team.

Emil Forsberg's goal after 66-minutes gave the Scandinavians the win and a place in the quarter-finals against either Colombia or England, who play later on Tuesday. 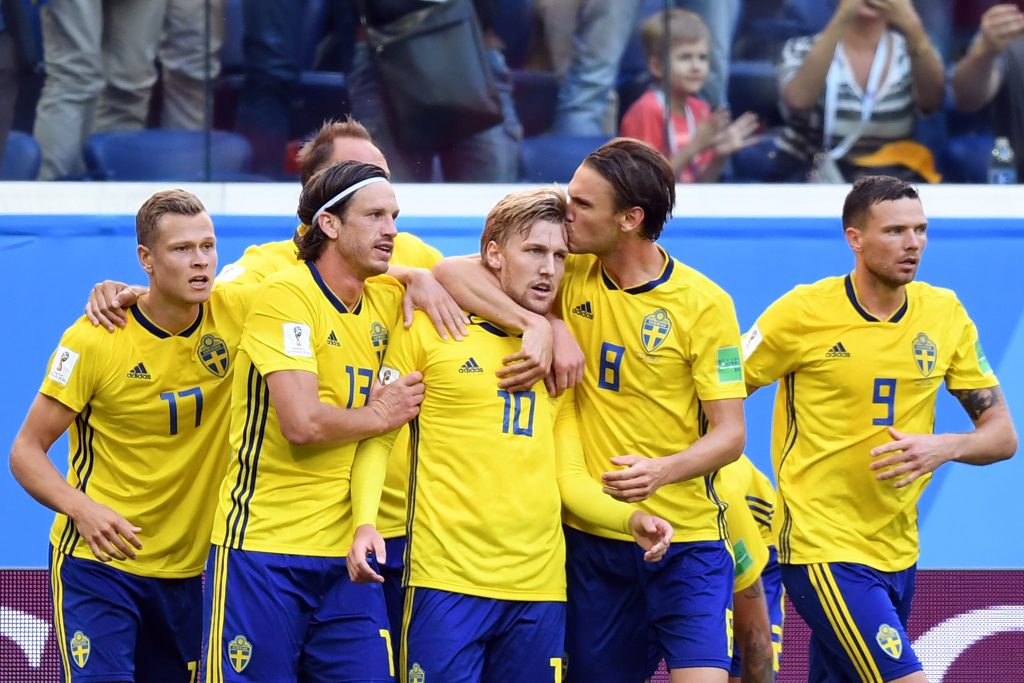 Sweden had several chances to win the game against Switzerland and were good value for their win. However, they were aided for their goal by some very poor defending from Granit Xhaka.

The Arsenal midfielder scored one of the goals of the tournament in the match against Serbia and is a key player for Switzerland. But he was badly at fault for Forsberg's goal.

Xhaka dived into a challenge and ended-up opening space for the Swedish midfielder to dribble into and get his shot away, which deflected into the net. Forsberg's dummy was enough to take Xhaka out of the game.

It was a costly mistake that was completely avoidable, but we perhaps shouldn't be too surprised.

Last season, he stood on the edge of Arsenal's penalty area looking at play unfold as Watford scored a last-minute winner against the Gunners. Xhaka appeared to be scratching his nose as Tom Cleverley scored.

popular
How did Brian Laundrie’s parents find his remains in a few hours?
‘Flesh-Eating’ STD spreading across the UK causing 'beefy red' sores
The JOE Friday Pub Quiz: Week 266
Crystal Palace fans unveil banner protesting Saudi ownership of Newcastle
Where England's highest earners sit in relation to rugby's top-paid players
A definitive ranking of every swear word from worst to best
Vin Diesel walked Paul Walker's daughter down the aisle
You may also like
Sport
The new Colombia shirt has been leaked, and it's even better than their last one
Sport
The Big Fat Football Quiz of 2018
Sport
What a year it's been for football - here are JOE's 2018 highlights
Sport
Manchester United reportedly trigger release clause of Atletico defender
Sport
England name squad for Spain and Switzerland games
Next Page