No big deal mate, just one of the majors

English golfer Eddie Pepperell displayed an unusual level of honesty for a sports interview on Sunday when he confessed that he'd knocked back one too many drinks just before the final round of The Open. 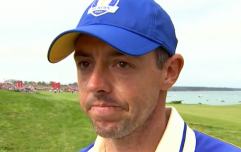 END_OF_DOCUMENT_TOKEN_TO_BE_REPLACED

In the end, Francesco Molinari won the tournament at eight under par on the final day after Tiger Woods and Rory McIlroy faded away.

Woods looked destined to finally bag his first major in 10 years, but it wasn't to be.

As for Eddie Pepperell? He finished five-under, just three shots off the lead. And it all might have been very different...

"I was a little hungover, I won't lie," he began when speaking to the media after entering a round of 67.

"I had too much to drink last night, you know? I was so frustrated with yesterday that today was, really, I'm not going to say a write-off, but I didn't feel like I was in the golf tournament.

A hungover Eddie Pepperell is hanging around near the top of #TheOpen leaderboard after 67: https://t.co/vHlcyFKgFH pic.twitter.com/1sjXhVrYk6 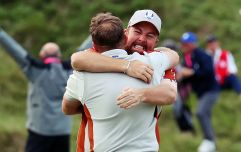 END_OF_DOCUMENT_TOKEN_TO_BE_REPLACED

After offering no excuses and no argument with the way things turned out, Pepperell responded to one journalist's suggestion that the beer will taste good tonight with, "Well, the wine might."

Asked what time he got to bed last night, the golfer claimed he was in bed before midnight having enjoyed some wine with his coach.

Responding to the suggestion that drinking affected his performance, Pepperell smiled and pointed to his head, noting, "That performance, you see, that's what matters."

"Listen, I mean I wouldn't always have a drink the night before. Sometimes I'd have a few drinks," he added. 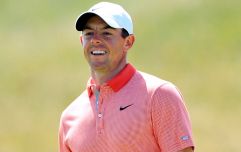 END_OF_DOCUMENT_TOKEN_TO_BE_REPLACED

Pepperell then trailed off in a moment of beautiful comic timing as he noticed Tiger Woods' score at time of recording.

"Tiger's minus seven? He didn't have a drink last night, I bet. Proper athlete."

Since the above interview was circulated online, Pepperell moved to knowingly clarify the situation, arguing that he wasn't that plastered after all.

"I wasn't THAT drunk last night!" he noted on Twitter.

"I remember having a shower and brushing my teeth so I'd say I was fine.

"What a great day all round for me and thank you for all the wonderful messages. Phil [Mickelson, playing partner] was awesome, and Francesco is the kind of golfer you dream of becoming."

I wasn’t THAT drunk last night! I remember having a shower and brushing my teeth so I’d say I was fine. What a great day all round for me and thank you for all the wonderful messages. Phil was awesome 👌🏼 and Francesco is the kind of golfer you dream of becoming. 🏌🏼‍♂️