Jurgen Klopp may be looking for reinforcements during the January transfer window.

Like most other Premier League managers, Jurgen Klopp will be keeping a close eye on the market in the coming weeks to see if he can further boost his side's title challenge as we enter the second half of the season.

END_OF_DOCUMENT_TOKEN_TO_BE_REPLACED

One enforced signing which Klopp may have to make is that of a replacement for Sadio Mané.

Mané will play his final game for Liverpool away to Sunderland, before jetting off to Gabon for the Africa Cup of Nations.

In fact, Liverpool will hire a physiotherapist to follow Mané throughout the tournament and he will provide updates to the club back on Merseyside.

Liverpool will be kept in the loop https://t.co/AZbqDgcs3J

END_OF_DOCUMENT_TOKEN_TO_BE_REPLACED

However, Klopp may yet feel that cover is required in Mané's absence with there being no secret that the club are heavily linked with the purchase of Spartak Moscow winger, Quincy Promes.

Klopp is a keen admirer of the 14 times capped Netherlands international who he tried to sign during his time at Borussia Dortmund, as reported by the Liverpool Echo. 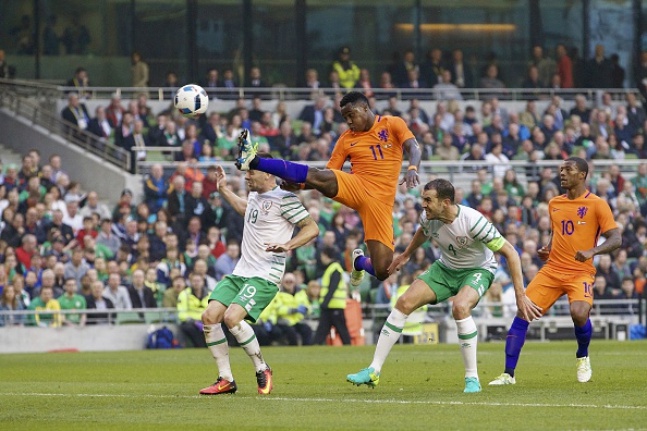 Match winning hero against Manchester City, Georginio Wijnaldum, is also keen to see his international teammate join him at Anfield.

"Of course I want him to come to Liverpool because I know he is a good player and also a good person who can help the team," Wijnaldum told reporters.

The former Newcastle star also revealed that he knows Promes is a great admirer of Liverpool.

"I think he knows how great Liverpool is - I knew it before I came here."

With Mané potentially set to miss up to eight fixtures for Liverpool, which includes an FA Cup tie, League Cup semi-final and a potential title showdown with Chelsea, Klopp may yet go all out to get Promes this month.