Gennady Golovkin v Canelo Alvarez: What you need to know ahead of the fight

This could be a classic.

Gennady Golovkin and Canelo Alvarez step into the ring on Saturday night, (the early hours of Sunday morning on this side of the Atlantic), and it could easily be the fight of the year.

END_OF_DOCUMENT_TOKEN_TO_BE_REPLACED

There's no need to oversell this fight - the winner will be considered the best pound-for-pound boxer in the world and it is an unmissable event for boxing fans. If you stayed up to watch Conor McGregor versus Floyd Mayweather Jr last month, but don't stay up to watch Alvarez fight Golovkin, then you need to take a long hard look at yourself.

This could be a classic. Here's some things you should know ahead of the fight.

Where is the fight taking place?

In the T-Mobile Arena, which holds 20,000 people, in Las Vegas. The venue will be familiar to anyone who stayed up to watch the McGregor and Mayweather fight. Alvarez defeated Julio Cesar Chavez Jr in the arena back in May, and this will be his 10th bout in the city. This is Golovkin's first fight in Las Vegas. All of the Kazakhstani's previous American bouts have taken place on the east coast.

Mexico celebrate their independence day this weekend, so expect the crowd at the T-Mobile Arena to be heavily in favour of Canelo.

What time will the fight start at? 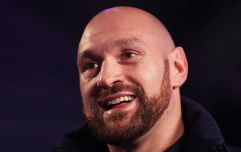 END_OF_DOCUMENT_TOKEN_TO_BE_REPLACED

The main event gets underway at around 2am British time in the early hours of Sunday, September 17.

Canelo and Golovkin are expected to make their ring walks at around 3:30am our time, and the fight should get underway at 4am. So, if you're planning on waking up for the fight, set the alarm for around 3:15, just to be safe.

What are the fighters' records? 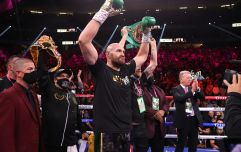 END_OF_DOCUMENT_TOKEN_TO_BE_REPLACED

The 35-year-old's last bout was a unanimous points decision victory over Danny Jacobs back in March. Alvarez turned professional when he was 15, and has had 51 professional fights already, despite only turning 27 back in June.

The Mexican's last fight was a unanimous decision victory over Chavez Jr in May. His only loss came against Mayweather back in September 2013, when the American scored a majority decision win over Alvarez. Canelo has recorded 34 KO's in his 51 fights.

The winner of the fight this weekend can lay claim to be the best pound-for-pound boxer in the world.

Where can I watch it?

Box Nation are showing the bout in the UK and Ireland, and it will set you back £16.95 to order it on box office - which is cheaper than what it cost to watch Mayweather versus McGregor on pay-per-view.

Current Box Nation subscribers will receive the fight as part of their monthly subscription. New members can sign up to the service before the bout.

Sky Sports and Virgin Media customers can order it on their remote controls.

Who is on the undercard?

The other fights on the undercard are:

What are the odds?

Golovkin is the favourite with bookmakers, with most giving odds of 4/6 on. Canelo has odds of 11/8 with most bookmakers.