It's not going to be an easy day for Gary Neville 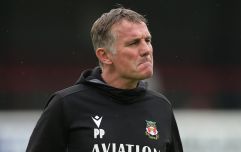 END_OF_DOCUMENT_TOKEN_TO_BE_REPLACED

As a result, with Liverpool and City neck and neck for most of the league season, one of these two sides will be crowned Premier League champions by the time the league's final round of fixtures comes to an end.

If you're unaware of the permutations for the title race, there are barely any.

If Manchester City beat Brighton, then they win the Premier League. Simple as.

If City fail to win and Liverpool beat Wolves, Liverpool win the Premier League. Simple as. 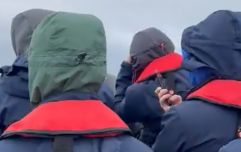 END_OF_DOCUMENT_TOKEN_TO_BE_REPLACED

Neville is down at Brighton's Amex Stadium for the Sky Sports coverage of that match, and he was asked by his colleagues what his ideal scenario would be for the final day of the season.

Surprisingly, it was not simply 'Liverpool lost, City win', but instead was a lot crueler.

"My perfect scenario today would be Brighton make it 1-0 with about 5 minutes to go and Liverpool are winning 1-0 at the time, then somebody from Wolves scores with 2 minutes to go," said the former Manchester United defender.

"My perfect scenario today would be Brighton make it 1-0 with about 5 minutes to go and Liverpool are winning 1-0 at the time, then somebody from Wolves scores with 2 minutes to go."@GNev2 on how he'd like today to pan out. 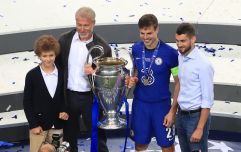 END_OF_DOCUMENT_TOKEN_TO_BE_REPLACED

Neville later laughed it off, insisting that he does in fact believe that both sides will win, meaning that City win the league that way. Judging by recent league fixtures that is the most likely scenario, but the last week of football has told us not to assume anything in football.