Piers Morgan's views on the Olympics aren't making him many friends, are they?

Although the Games aren't even a week old, he's already angered Americans with his tweet about how they won their first gold medal in Rio...

Days later, when swimmer Siobhan Marie O'Connor won silver in the women's 200m individual medley - setting a British record in the process - Morgan managed to get even more people's backs up when he tweeted that gold was 'all that matters'.

Just can't get excited by Silver & Bronze medals.
You win or you lose.
Gold is all that matters. #Olympics2016

As you'd expect, many took exception to this view, but Morgan isn't for backing down.

Barely 24 hours on from O'Connor's silver in the pool, Max Whitlock also scaled the podium, taking bronze in the men's all-round gymnastics event. 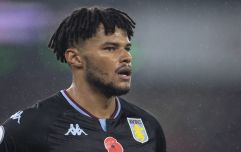 END_OF_DOCUMENT_TOKEN_TO_BE_REPLACED

The 23-year-old's achievement was an impressive one, especially when you consider that he is the first Briton to win an Olympic medal in gymnastics for 108 years.

Congratulating Whitlock on Twitter, Gary Lineker pointed out that despite being the feat would still be deemed a failure by Morgan.

First GB Olympic medal in the all-around gymnastics in 108 years for @maxwhitlock1 . Marvellous! But a failure according to @piersmorgan

Five minutes later, Morgan replied - reaffirming his belief that gold was the only medal that really counts.

He came 3rd, why are you acting like he just won Gold?
Keep the hyperbole for the winners. https://t.co/yWadPOQpzF

Prompting this from Lineker...

Get used to hearing more of the same from Morgan for what's left of the action in Rio.