We are living in truly strange times

Gary Lineker found himself in the middle of an utterly bizarre Twitter spat with Watford FC's official account today, which began with the club bringing up an old tweet of his which, let's say, has not aged well.

END_OF_DOCUMENT_TOKEN_TO_BE_REPLACED

The original tweet from Lineker, posted when the club sacked Marco Silva and hired Javi Gracia, suggested that Watford would come to regret their decision. The club sarcastically quoted this tweet with the caption 'This aged well...' this afternoon.

Lineker responded by admitting that he had been proved wrong, but maintained that the knee-jerk hiring and firing of managers is a part of the country's football culture with which he doesn't agree.

Yes, football can and will prove us wrong on many occasions, and I’ve already stated that that may be the case again here, but the sacking of managers is not something I often support and do find this tweet rather disrepectful of your former manager. https://t.co/wcfGYIycJE 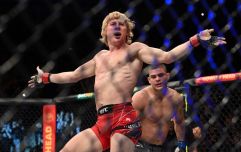 END_OF_DOCUMENT_TOKEN_TO_BE_REPLACED

This is when it gets weird.

Former Britain's Got Talent semi-finalist Darren Altman then chimed in, claiming that Watford's tweet was disrespectful and not the way a club's Twitter account should be run, before saying that the social media manager responsible should be sacked. Bit extreme, I reckon.

Lineker rebuked his suggestion that he should be sacked, with a witty response that mirrored the original tweet that sparked this entire spat.

That would be an absurd decision, in my opinion, by Watford to fire their Twitter account person after his first bad Tweet. He’ll be snapped up very quickly and Watford will almost certainly get someone less talented. https://t.co/HeWKGHlELh

This is where it gets really weird and out of hand.

Watford's chief executive Scott Duxbury then decided to get involved, taking over the account to apologise to Lineker, reiterating that there was no offence intended.

"They got carried away celebrating when they realised the Head Coach had been with us for a whole year! I might be going through more Social Media Managers than Head Coaches soon," he explained.

Sorry, @GaryLineker, no offence meant to anyone. They got carried away celebrating when they realised the Head Coach had been with us for a whole year!

Lineker responded with a simple thumbs up emoji, concluding the weird beef that pervaded our timelines on Monday afternoon.

popular
Man United will 'terminate' Cristiano Ronaldo's contract if his attitude doesn't improve
Landlord faces £40k fine after tenant puts swimming pool on roof of flats
Comedian cancelled after ‘getting his penis out on stage’ during Edinburgh Fringe Festival
Jeremy Kyle's security guard Big Steve is now on Drag Race
Antonio Conte and Thomas Tuchel sent off as Chelsea and Spurs draw
The reason why Nottingham Forest don't have a sponsor on their shirt
Tyrone Mings hits back at Graeme Souness for 'weird' article
You may also like
News
Furious Reading and Leeds ticketholders demand refunds as band replaces Rage Against The Machine
Uncategorized
Elon Musk countersues Twitter in legal battle over takeover bid
Entertainment
Liam Gallagher lays into fans who kicked off with him on a plane in Australia
Weather
Naked couple filmed having rooftop sex during record heatwave
Politics
'FFS Nadine!': Tory MP is forced to mute Dorries following bizarre tweet
Next Page