This week's TKO comes from the City of Brotherly Love

From Rocky Balboa to the Blue Horizon, Joey Giardello to Joe Frazier, the city of Philadelphia has a fighting pedigree that goes back generations.

This week, host Chris Lloyd is joined by Nigel Collins - former editor-in-chief of Ring Magazine - for a tour of some of the most iconic venues and some fascinating stories along the way.

While driving around Philly, Chris speaks to Nigel about a variety of issues, and particularly the relationship between Muhammad Ali and Joe Frazier, a man Collins admired and disliked in equal measure. 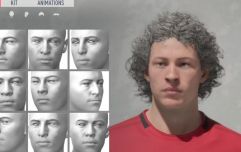 END_OF_DOCUMENT_TOKEN_TO_BE_REPLACED

While many consider that Frazier and Ali reconciled towards the end of Frazier's life, Collins stated his belief that the Philly boxer never liked his great rival.

"Ali was unnecessarily cruel to him. But the thing is, it was a little bit Joe's fault too. For instance there was a very racist mayor of Philadelphia called Frank Rizzo, and Joe Frazier was his pal.

"And black folks didn't like that. I didn't like it either, because I was a hippie with long hair.

"Joe Frazier, when he started out, he wasn't even the most popular fighter in Philadelphia."