In the latest blow to the theory that you can become an elite footballer just by believing in yourself, Nicklas Bendtner has been let go by Wolfsburg.

The former Arsenal striker, who famously once scored 10 out of 9 on a self-confidence test (no, that's not a typo), has left the Bundesliga club after starting just one match since the turn of the year. 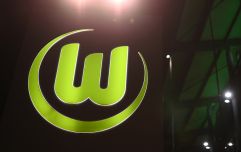 END_OF_DOCUMENT_TOKEN_TO_BE_REPLACED

Often in such circumstances, we'd look to identify some other football clubs where the player might want to continue his career, but Lord Bendtner is above the usual responses.

And besides, for someone who thinks so highly of himself, the Dane really hasn't achieved what he might have done on the pitch, so perhaps it's time for a career change.

Here are a few of the fields in which we can see Bendtner thriving.

Bendtner has forever been a fashion icon, but we have never seen a man with such great aerial ability who is seemingly so committed to headgear.

Don't believe us, here's just a small suggestion from his Instagram page.

And even... well, we're not sure how to describe this.

With that amount of variety, we can't wait to see what he can produce when left to his own devices.

Bendtner gives off the aura of someone who would be the first to volunteer on any karaoke night, though we've not decided whether his song of choice would be a word-perfect rendition of 'C'est La Vie' by B*Witched or a moody, deadly-serious version of Robbie Williams' 'Rudebox', chosen to show how he has seen the hidden meaning behind the underappreciated classic.

Put simply, he is the Darius Campbell (né Danesh) of football. A maverick who is simply too talented for his own generation, who fans will look back upon as a misunderstood genius who would have thrived if only the world was ready for him.

While we may have established that those prone to sharing inspirational quotes online are less intelligent than the average person, but we're willing to bet Bendtner is the exception that proves the rule.

Sure, he's posted the odd #makeuthink image, but we're convinced it's all part of a grander plan.

You are what you think pic.twitter.com/FekNRKhRTB

But have you stopped to think Bendtner might be setting himself up for a career as a Danish Banksy, daubing the streets of Copenhagen with his own brand of satire and social commentary.

In fact, can we really rule out the idea that Bendtner *is* Banksy? Have you ever seen the pair of them in the same room? That's what we thought.

There's a thin line between bravery and stupidity, and Bendtner has not so much flirted with it throughout his career as he has cooked it a candlelit dinner, taken it to a rooftop bar and gone for a drunken late-night unicycle ride with it on his shoulders, fifty storeys off the ground (that's right, we do meta-jokes now).

In much the same way that knowledge is knowing that a tomato is a fruit yet wisdom is not putting it in a fruit salad, Bendtner has been wrangling with the idea that, just because something counts as an animal, you don't automatically need to pet it.

If you were to pick a footballer who wanted his own personal tiger, we know who'd come top of the list.

But away from that, here he is with a turtle...

We apologise for nothing.

5) The House of Lords

It's a bit of an obvious one, but they don't call him Lord Bendtner for nothing.

Wait, what's that, they do call him Lord Bendtner for nothing?

Regardless, we can picture the 28-year-old lying back on his Westminster pew, feet up, smoking a pipe and sipping brandy as he tries to impress business leaders with tales about that scruffy six-yard tap-in he scored while on loan to Birmingham City.

Now, cynics might argue he has no place there, but he's more qualified for the British Parliament than he was for a title-winning Juventus side, yet here we are.

Have you got a better idea of what Nicklas Bendtner should do next? Email us at [email protected] or get in touch on Facebook or Twitter.

popular
UK drivers shocked over car park that fines people even if they don't park
Amber Heard: '"I survived. I survived that man and I’m here'
Amber Heard says her sister taught Johnny Depp to snort cocaine with a tampon
Martin Skrtel retires from football due to health reasons
UK’s Sam Ryder may have actually come third amid possible Eurovision voting scandal
Wagatha Christie: Wayne Rooney describes 'awkward' moment he asked Jamie Vardy to get his wife to 'calm down'
Megan Fox reveals she 'cut a hole in the crotch' of her jumpsuit to have sex with Machine Gun Kelly
You may also like
Sport
Thursday's Transfer Rumour Power Rankings: Draxler, Pogba and Januzaj
Sport
Marcelo has his very own Rivaldo moment in this embarrassing incident in Wolfsburg
Sport
Niklas Bendtner could be on the brink of a return to the Premier League
Sport
German international guilty of miss of the season (Video)
Sport
Van Gaal clings to League Cup run in bizarre postmortem
Next Page