It was on. It was off. But now Floyd Mayweather is determined to make his meeting with Tenshin Nasukawa become a reality.

Mayweather has told TMZ Sports that "we're gonna make it happen" after facing questions on the confusion surrounding his New Year's Eve clash with the undefeated kickboxer.

Mayweather shocked the world last week when it was announced that he was set to fight Nasukawa in Japanese MMA promotion Rizin FF but before any clarity was given on the rule-set, the bout was cancelled.

The boxing great claimed he was misled during his trip to Tokyo, where he squared off with Nasukawa in a bizarre press conference, and insisted that he was "blindsided by the arrangements that were being made without my consent nor approval."


The saga took a new turn on Wednesday night, however, when Mayweather claimed that he was back in and wanted to share the Rizin ring with Nasukawa on December 31 although he confirmed that it would be no more than an exhibition contest in which his undefeated record would not be on the line.

"Rules? It's gonna be a little boxing exhibition. No kicking," Mayweather said. "I'm moving around with the guy for nine minutes, and of course it's gonna be the highest paid exhibition ever." 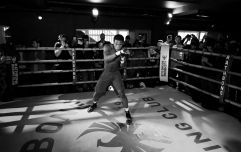 END_OF_DOCUMENT_TOKEN_TO_BE_REPLACED

We never expected Mayweather to agree to a rule-set which would allow Nasukawa to use kicks, nor did we anticipate a mixed martial arts debut from the 50-0 boxing legend.

And the 41-year-old claimed that his payday from his Rizin exhibition will be the most money anybody has ever made for an event of its kind.

"It's a no-brainer. Just because I'm retired from boxing," Mayweather added. "I still make appearances worldwide and make a ton of money."