Now that UFC is so mainstream even your nan watches it, you're going to need a new niche-interest bloodsport.

Maybe it was Conor McGregor, maybe it was phenomenal success of the Joe Rogan podcasts. Whatever the reason, UFC has now firmly cemented itself as a staple of popular sporting culture. 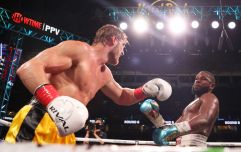 END_OF_DOCUMENT_TOKEN_TO_BE_REPLACED

When half of Hollywood hit Vegas to attend UFC 196 and it's not even a title fight, you know the sport has reached peak cool. If you're the type of person who enjoys edgier, lesser-known sports but still want to watch people beat each other black and blue – we've got you covered.

Boy have we got some gnarly games for you...

US Marines use Pugil stick training to simulate the practice of repetitively smacking an enemy in the face with the butt of a rifle. Praised for the discipline it takes to master and its sheer high-octane energy its difficult  to see how this sport hasn't caught on quicker. Think Gladiators, but on steroids.

NOW: Delta Co. recruits show off their pugil stick skills for the @SECNAV at the Crucible. pic.twitter.com/v3Xfpv1BX2

END_OF_DOCUMENT_TOKEN_TO_BE_REPLACED

The ancient sport of Calcio Fiorentino - also known as Gladiator Football or Calcio Storico - dates back to as early as 1490 when it was allegedly played by Italian aristocrats.

It's brutal mix of cage-fighting and football, with 27 players on either side - what more could you want? Much like quiddich, there are only four legit teams. So chose well. 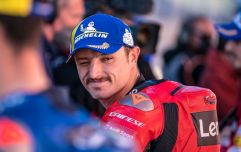 Jack Miller: MotoGP is allowed to have characters because of Valentino Rossi

END_OF_DOCUMENT_TOKEN_TO_BE_REPLACED

Hunting animals is increasingly frowned upon these days. But nobody ever said that two consenting adults don't have the right to hunt each other down with soft padded arrows.

Archery tag, a brutally fast-paced mixture of traditional archery and paintball, is the perfect group activity for letting off steam. Agility required.

Born in Spain's Basque region during the 1700s, this unique, adrenalin-charged sport is a longstanding cultural custom.

Insane ball speeds combined with a special racket (or Palas) makes this a potentially lethal sport when played properly. It probably needs a rebrand though for TV marketing. We suggest 'Death Tennis'.

This one does exactly what it says on the tin. At first it's tempting to dismiss this one. 'Surely it cant 't be better than formula one', we hear you ask.

But Lawn-mower racing is both more entertaining and more deadly than F1 racing simply because there are less regulations and more DIY nutters trying to be a champ.

And yes, there's a British league.

popular
Prince Andrew 'flew with sex slave' who was 'frozen with fear', court told
Harrowing video shows teen blasted in the face with shotgun - and survive
Ralf Rangnick granted work permit to begin role as Man Utd boss
Actor in Oscar-nominated film dies aged 22 after shooting
Elon Musk shares 'evidence' we are actually living in a simulation
Boy, 11, who doesn't speak good English missing after going to play football
Man suing company after being 'hung upside down like meat' at Christmas party
You may also like
Sport
Evander Holyfield still wants to fight Mike Tyson despite first-round TKO
Sport
US Open: This is what the Queen wrote to Emma Raducanu after her incredible win
Life
Archbishop of York urges all UK nations to sing God Save the Queen before matches
News
Tokyo Olympics: Italy's Lamont Marcell Jacobs wins shock gold in 100m final
Entertainment
What's new in FIFA 22?
Next Page