There's a storm coming in from the east and it's about to hit Merseyside.

Jurgen Klopp is now in-situ as Liverpool's new manager. The phrases being hopped around in articles over the last few days have been 'heavy metal football' and his 'gegenpress' style.

The former Borussia Dortmund manager wants his players to put pressure on defenders high up the pitch, wait no longer than three seconds to regain the ball, and to force teams into mistakes resulting in goal-scoring opportunities.

END_OF_DOCUMENT_TOKEN_TO_BE_REPLACED

Liverpool fans should be delighted as they saw that style under Brendan Rodgers in the 2013/14 season. However, the squad has changed hugely since then with the players that made Rodgers thrilling 'who needs defence' approach such as Luis Suarez and Raheem Sterling now absent.

Ultimately, Klopp will be deemed a success or failure on the strengths of his players, but with a long time until January, and Liverpool having already spent £80million this summer, we've taken a look at five players who should probably be apprehensive about their future under the German. 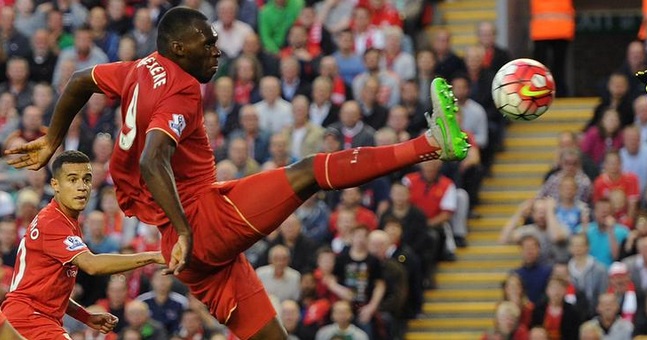 END_OF_DOCUMENT_TOKEN_TO_BE_REPLACED

According to various reports, Benteke was a Rodgers signing in a compromise for the infamous 'Transfer Committee' getting their way by signing Roberto Firmino.

The former Aston Villa man has shown glimpses of his undoubted talent and ability to hold up the ball. Unfortunately his injury problems have resurfaced and he's failed to make any appearance for Liverpool since his last month's draw with Norwich.

Rodgers played Benteke as a sole striker at times and he looked as isolated as a man stranded on a desert island while his team-mates hoofed around on the mainland, 30 yards away.

4. Most of signings last summer were Rodgers’ choice, particularly Benteke.

Goal-machine Robert Lewandowski developed into a world-class striker under Klopp, and his ceaseless movement, and ability to pounce on mistakes, was a huge part of Dortmund's success.

Beneteke was a Rodgers signing, and an expensive one too, and that has brought its own pressure.

He has undoubted talent but Daniel Sturridge is more likely to feature as the man up top rather than the Belgian unless he can prove that he is equally as good at closing space and chasing defenders.

Even Danny Ings has shown more energy than the ex-Aston Villa man which has won over the fans.

The England midfielder is the type of silky, skilled player who you would you would think be comfortable in a Klopp side. Good in possession and well able to pick a pass, the former Southampton man should thrive in a hard pressing style where he can line up a defence splitting through-ball when a mistake occurs.

Unfortunately, the £25m purchase has often more looked like a man who's constantly recovering from a bad cold and lacks energy to wheeze his way around a pitch to close down space and then make it count when he does recover the ball.

His lack of pace as well as disappointing injury record means he has never really imposed himself in any games where he could be seen as a rightful challenger to Philippe Coutinho's role as the club's chief playmaker.

Klopp demands high energy, and unless Lallana changes his attitude and style, his walking pace will see him head for the exit doors sooner rather than later.

Joe Allen will never live down his nickname as the 'Welsh Xavi' even if the player has often proved to be much more combative than the Spain legend.

Effectively used as a deputy for Lucas in the defensive midfield role, the player, known also as the 'crab' for his backward and sideward style of passing, will be under huge pressure to regain his place in the starting XI.

Klopp is likely to go with a central midfield containing just two players, and with Jordan Henderson almost certain to be one, Allen is likely to find himself down the pecking order alongside Lucas, Jordan Rossiter and perhaps Emre Can.

Allen does not contribute goals, is unlikely to create many either, and is not physically powerful enough to dominate games from the base of midfield.

His major plus point is his energy and running and Klopp is likely to provide him with plenty of chances to prove he deserves more game-time at Anfield.

However the suspicion is where-ever Rodgers does end up eventually, Allen may very well follow him.

Klopp may be a man that is most well known for his offensive efforts, but his teams have always had a solid defensive core to them.

Dortmund's first league title under Klopp saw the team concede just 22 goals, while in 2012 they shipped 25.

Quite a contrast to Liverpool's leaking of 50 goals in Rodgers title challenging season, and something that the signing of Dejan Lovren did nothing to improve last term

The Croat looked hugely uncomfortable in Rodgers passing style, and may now be able to concentrate on just hoofing the ball away rather than looking to pick out a pass.

But it's likely the player's confidence has been so sapped over the last 18 month that his form may be irretrievable, and with Mamadou Sakho recently signing a new five-year deal, he may be surplus to requirements.

Especially if Liverpool fans get to see Mats Hummels follow Klopp to Anfield. 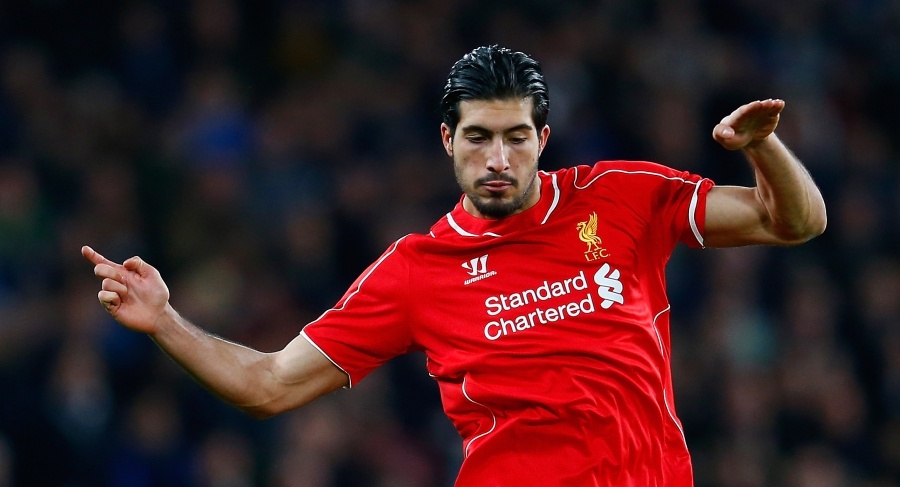 The former Bayern Munich man looked like a natural heir to Steven Gerrard, last season, in midfield with his runs from deep and his turn of pace revealing the club may have stolen a bargain from under Pep Guardiola's nose.

But Can has suffered from 'second season syndrome' this campaign as he's looked unsure on the ball, and is obviously not a centre-half no matter how many times Rodgers tried him there.

Physically he may be able to develop and you'd imagine that his natural German will be help to Klopp settling in and communicating to the players.

Jordan Henderson and James Milner is likely to be the core of the Klopp midfield initially with Coutinho, Sturridge and Benteke vying for some of the attacking spots.

Can may be used as a defensive shield, but his discipline as well as positioning will need to improve. Caught for pace as a centre-half, he will have much to prove to his new manager.