Here it is. The time of year at which all football supporters with even a passing interest in video games become overcome with excitement, frothing at the mouth and shaking with glee at the mere prospect of getting their hands on 'it'. 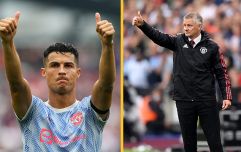 END_OF_DOCUMENT_TOKEN_TO_BE_REPLACED

The 'it' in question is, of course, the newest FIFA game, which this year is FIFA 19.

EA Sports' flagship release will hit the shelves and digital stores on September 28, and gamers can also get early access to the game if they choose to pre-order it.

As always at this stage of the year, there is fevered anticipation about what will be featured in the game.

That success has been down to a number of elements. The game is the only to feature almost every licence going in football, meaning that team names and kits are official and correct, rather than strange versions such as "Man Red" or "West London Whites".

This has been only been aided by the addition of both the Champions League and Europa League licences - which had previously been on Pro Evolution Soccer - but it is a new feature entirely which has proven to be the catalyst for excitement for many gamers this year.

That new feature is one known simply as "House Rules", a mode which was revealed through a screenshot on the title's new "Kick-Off" screen, which can be seen below. 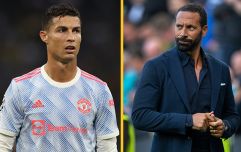 END_OF_DOCUMENT_TOKEN_TO_BE_REPLACED

The mode is sat next to the usual features, as well as the new European competitions available, and immediately created a stir when it was revealed.

A preview published by gaming website IGN this week has gone into more detail on exactly what is going to appear in "House Rules", and fans are going to love it.

Here are the new features expected to appear as part of FIFA 19's "House Rules":

This will be a free-for-all. No fouls, no offsides, no cards, no nothing, apart from entertainment.

Goals from outside of the box count as two, which is frankly ludicrous and brilliant.

Does what it says on the tin, meaning that players can only score legitimate goals using either their heads or with a volley.

Similar to a past mode from FIFA Street, this mode will see your team lose a player for every goal you score. The game will be abandoned if either team drops below seven players.

This seems like the jewel in the crown of the new mode, allowing players to set a target of goals to reach. We can see it now, setting a target of five and the score sits at 4-4, meaning that it is essentially next goal wins. It is the game we all played at school and with our mates, and it is now a reality in FIFA.