Every single thing bad Fantasy Football players will do this season

That is unfortunate really. I say that not because I have something against Fantasy Football personally (I have played and enjoyed the game for many years), but due to the fact that we are, collectively, now forced to tolerate the worst thing in the entire world.

END_OF_DOCUMENT_TOKEN_TO_BE_REPLACED

Listening to somebody talk about their Fantasy Football team.

That's it. That's the worst thing in the world. Here are the terrible things they will do and all the inconsequential things they will moan about during the Fantasy Football season, over and over again, no matter what.

Please don't do this. Please don't do this. You cannot moan about the players on your bench getting points, holding your iPhone up to the sky and cursing your damn luck, as it is was you, incompetent Fantasy Football manager, who made the conscious decision to put them there.

You have no-one else to blame but yourselves. Accept it. Accept the fact that you didn't actually think Aaron Wan-Bissaka, a player you threw in because you read an article advising you on what players to pick for your Fantasy Football team, would have an immediate impact and instead opted for your tried and tested option - Leighton Baines - because you are still under the illusion he bangs in penalties and free-kicks.

He has scored exactly two goals for the last FOUR seasons. Fuck him off.

Embrace the likes of Callum Wilson properly, even though he plays for Bournemouth, give him the nod, the full start over the temporarily misfiring Aubameyang, and just stop moaning about your bench. Next.

Getting angry because Aguero/Kane/Lukaku, your permanent  captain, didn't score a goal in this one match once

The thing is right, sometimes, bear with me on this, the thing is that sometimes a player who scores a lot of goals, who generally scores in most matches they play in, is that they don't always score. Not in evert single match. I know that, to you, is incomprehensible, because you have put them in and made your entire fantasy lineup dependant on them being awarded a penalty or gifted a simple tap-in for those precious, precious 5 points turned 10, but that is just how it goes sometimes. 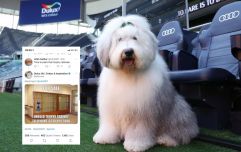 END_OF_DOCUMENT_TOKEN_TO_BE_REPLACED

Whatever you do, make sure you take them out IMMEDIATELY and replace them with some other expensive player that is currently scoring, because that's how it works. Your guy is never going to score again, but that player you don't have is going to keep scoring forever.

Adjust it then. Go on. Make the transfer. I dare you.

Oh, did you adjust it? Did Aguero score a hattrick a week later? A week after him not scoring against Arsenal? That's unfortunate. That's really, really unfortunate.

Ahhhhhhhh, drink it in, there's nothing quite like an ardent Fantasy Football player missing the transfer deadline because they were unaware of a Friday night game between Leicester City and Huddersfield Town. Why were they unaware? Probably because they were out for drinks, with friends or family or colleagues, actively participating in the ebb and flow of their real life. But that doesn't matter to them, does it? That doesn't matter to them one bit once the game flashes on the screen of the bar they are in and they've realised they have just fucking wasted their entire evening with loved ones instead of staying in the office, alone, for an extra two hours, hunched over their computer, agonising over whether to spend their last £4.5 million on Lewis Dunk or Shane  Duffy.

This is one of main issues with the word "Fantasy" making up 50% of the name of the thing, Fantasy Football. There is nothing fantastical about having to miss out on potential clean sheet points because of Mauricio Pochettino's rotation policy for his fullbacks. It is nobody's fantasy to have to turn to the admittedly freakishly effective Glenn Murray because Troy Deeney and Aleksander Mitrovic simply aren't pulling enough of their considerable weight and have both been benched by September. That is nobody's dream. Absolutely nobody's.

But still, you must accept that this is part and parcel of the game, that Sean Dyche will continue bringing Chris Wood of the bench for the last 10 minutes to score a completely undeserved late equaliser instead of just, you know, starting him, that Jose Mourinho will continue to play Juan Mata over Anthony Martial so he can accommodate Alexis "2 points" Sanchez on the left, and that the Watford manager, whoever the Watford manager is, will continue playing that Watford player instead of that other Watford player, whoever the fuck that is.

Who is this man?

You're watching a match, a goal goes in - "Have him in my team"

You're in the pub. You're having a good time. You're watching the football. Again, you are having an enjoyable time. A goal goes in. It's a good one. It's a good goal from Abdoulaye Doucoure (I do actually know Watford players, sorry, I lied, for bantz), who has skinned two people and leathered one into the top corner. It's a really good goal.

You, an intellectual, react appropriately: "Fuck me. What a goal!" you say.

Your friend, an idiot, reacts completely inappropriately: jumping from their seat, cheering, fist-pumping before then lowering themselves and muttering "Yep, 'ave him in my team", before taking a single sip of their pint and raising their eyebrows like they have just reached out and stroked the beard of God.

Don't do this. It is the behaviour of chimps. Plain and simple. Thinking your pathetic existence is now suddenly validated by someone scoring a goal that has nothing to do with you is completely chimpish. Chimplike. Don't do it.

Just sitting there, staring at your Fantasy team for no reason, you pathetic little worm boy

Yeah, that's right. I'm talking to you, pathetic little worm boy, who just sits there all day with the app open on his phone, just staring at it, staring at the little lime green t-shirts you designed, the abysmal points total, the worldwide ranking in the five million range, and being sad about it like a pathetic little worm.

Oh, look, it's you again, after watching your phone screen, and turning to your mate in the pub and telling him "I have him in my team" with that smug little toothpaste-y grin. Oh, look, it's that same person, refreshing their browser so they can see Ayoze Perez's point total increase because of an assist for Joselu, JOSELU, of all people.

It won't be added yet you absolute cretin. Give it time. You're not going to have leapfrogged your mate and his worrying titled "Inter YerNan" team just yet. Check later. Literally just stop for a moment and enjoy life before, there you go, there you are, there's your extra 3 points, you pathetic little worm boy, before those imaginary numbers representing an imaginary value increase ever so slightly.

Of course you are. You do this every year. Why the fuck do you even bother? You set up the league and everything. You emailed everyone. You emailed them every single Thursday over the summer to remind them. Seriously. Nothing will ever change. You were the one who suggested a tenner entry fee and a winner takes all prize! You do it every year. You've never made it November. This just isn't for you mate. Honestly. Pack it in. Stick to Top Trumps and replying to every single post with a laughing-crying face on your Salahology twitter. You'll be loads happier. I promise.