Everton fans will be fuming about this one.

Sure, they're in 9th place at the moment, but you can't deny that Everton have got a prettty decent squad this season. 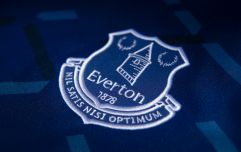 END_OF_DOCUMENT_TOKEN_TO_BE_REPLACED

Rooney, Sigurðsson, Pickford, even Walcott - they're all world beaters on their day. So when the BT Sport production team was filming the advert for their game against Manchester City on Saturday, you'd have thought they'd have seen fit to include them. At least to some extent.

The advert for the game has been released and fans are pointing out a glaring omission, in that only City players are shown in the video.

Watch it for yourself here:

The BT ad for the City game on Saturday is missing something... 🤔 pic.twitter.com/SaKtdzgHon

Considering Everton are playing at home - not to mention that they remain the only team to take points from the likely-Champions at the Etihad this years - the trailer for the match feels especially disrespectful.

Here's what everyone had to say about it on social media:

If we had a media department worthy of the name they should be right in @btsport face. This advert is an absolute discrace. #biased

Does that mean @everton don't need to turn up @btsport? #OneSided

Oh there we are in small print at the end😂

@btsport disgusting! It so elitist really. Why don’t Sky & BT get their 6 teams they want and get them to play each other 6 times a year and just piss off!!

popular
Man United's tactical issues summed up in six screenshots
A definitive ranking of every swear word from worst to best
Sex expert reveals most common mistakes couples make in bed
Here's how to see who's been taking screenshots of your Instagram Stories
A Netflix horror film is so terrifying people can't finish watching it
Five-time 'World's strongest man' brutally KOs 23-stone opponent in 18 seconds flat
How did Brian Laundrie’s parents find his remains in a few hours?
You may also like
Sport
Everton midfielder Doucoure "throws punch" at Man Utd's Fred
Sport
David Moyes reveals how Marcelo Bielsa derailed Man Utd title win
Sport
Everton make statement as player suspended pending police investigation
Sport
Rafa Benitez 'on the brink' of being named Everton manager
Sport
Richarlison spots young fan outside his house, gets him a shirt and signs it
Next Page