Cannavaro will continue with his current managerial role

Fabio Cannavaro, the former Italy captain, has been named as the new head coach of China's national team. 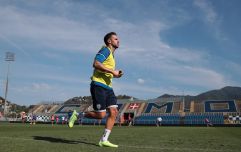 Thierry Henry and Cesc Fàbregas to reunite at Como 1907

END_OF_DOCUMENT_TOKEN_TO_BE_REPLACED

The former defender, who played with Parma, Inter Milan, Real Madrid and Juventus during his playing days, will continue to manage Chinese Super League side Guangzhou Evergrande as well as taking on his new role.

The 45-year-old will replace Marcelo Lippi, who left the position following China's quarter-final exit from the Asian Cup in January.

Lippi, who also managed the same Italian national side that Cannavaro captained to World Cup glory in Germany in 2006, is expected to stay on in an advisory capacity. 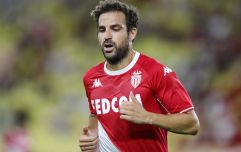 END_OF_DOCUMENT_TOKEN_TO_BE_REPLACED

Cannavaro will take charge of the Chinese team for the first time for their China Cup game against Thailand on March 21.

Since calling time on his playing days, which ended with Dubai-based Al-Ahli, he has managed in China and Saudi Arabia. AHe is currently in his second spell with Guangzhou Evergrande, having previously been in charge between 2014 and 2015 before departing for Al-Nassr in Riyadh.

He returned to China with Tianjin Quanjian in 2016, returning to Guangzhou a year later.