It only takes a short run of form to get in the England squad these days. I mean, Jake Livermore started against Brazil recently. 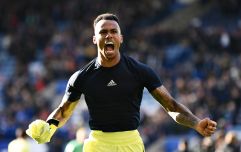 END_OF_DOCUMENT_TOKEN_TO_BE_REPLACED

Charlie Austin could be the next player to break in and earn his first cap after he scored his fourth goal in as many games this afternoon against Arsenal.

Does his recent goalscoring run merit another call-up? A lot of fans on Twitter seem to think so.

Are you watching Gareth Southgate? Time to drop Hart and give Fraser Forster the England place he deserves for fighting back into form. And Charlie Austin should be in the squad ahead of players who don't play and don't score. #bbcfootball #saintsfc

Charlie Austin making a late push for a World Cup spot? He’s better than some of the players who get called up to the England squad, so why not? #bbcfootball

The striker has nailed down his starting spot in the Southampton side ahead of the Italian Manolo Gabbiadini and has vindicated manager Mauricio Pellegrino's decision with a hot run of form. 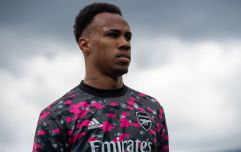 END_OF_DOCUMENT_TOKEN_TO_BE_REPLACED

His goals have helped end a barren spell for Saints, who have still only scored 16 goals this season; his finishing ability is not in question. But his injury record is a worry. If he can stay fit and keep this form up then you'd expect Gareth Southgate to call him up for the Spring friendlies, especially after seeing the likes of Tammy Abraham and Dominic Solanke called up for the friendlies in November against Germany and Brazil.

Austin received an international call-up after the 2014-15 season, during which he scored 18 goals for relegated QPR, but was an unused sub in both a friendly against Ireland and a Euro 2016 qualifier against Slovenia.

As he did then, he faces a lot of competition for a spot up front. Harry Kane will be the first choice, but beyond that, the supporting roles are very much up for grabs.