At the start of the season 19 fresh-faced men and Jose Mourinho were ready to take on the Barclays and all the stress it brings. Pressure makes diamonds, but sometimes, sometimes it just makes shit.

The Premier League would be nothing without the constant managerial merry-go-round and the beautiful tribal dance between the same managers - Pardew, Hodgson, Allardyce, Moyes - swapping and sharing clubs like a pass the parcel game between the four horsemen of the apocalypse.

They are the Mount Rushmore of mid-table, and they will never be defeated. Not by me, not by you, not by those bloody foreigners coming over here and managing our perpetual non-contenders slightly better than us, not even by relegation battles, not even by time.

They're not so much the meat and veg to the greatest football league in the world as the roast potatoes. The pure filler, tasteless and forgettable pieces of stodge that owe absolutely everything to the gravy surrounding them. Without them though, we'd still be hungry. We'd be absolutely starving.

Here then is this year's ranking of all the fallen horses, the men who tried and failed and in some cases, didn't even look like they tried at all.

By far and away the most terrible - Frank De Boer

Jesus, this was bad. This was historically bad. His damning record reads LLLL, zero goals scored, seven conceded, and the worst start to a season in 93 years. He lasted 450 minutes of match time, which is only eight minutes longer than watching the first two Godfather films played back to back.

De Boer might as well have done just that instead, as he would have seen more shots on target in the assassination of Sonny Corleone alone than his Palace side managed in four entire matches. 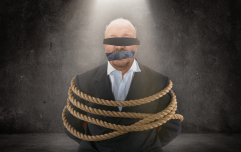 The forgotten managers of the Premier League roundtable

END_OF_DOCUMENT_TOKEN_TO_BE_REPLACED

Look at this man. Look at the state of him. He'd still be under contract at Newcastle thanks to that eight-year mega-deal he signed all the way back in 2012, the worst deal in the history of deals, had he not jumped ship for Palace to replace Neil Warnock, a man whose only current goal in life is to make his way onto this list next year after Cardiff City inevitably sack him after a difficult October.

Pardew replaced professional misery salesman Tony Pulis at the end of November last year, and immediately proceeded to steer West Bromwich Albion even further towards a now near-certain relegation, accumulating along the way the sum total of:

Truly, he has outdone himself. And this is a manager who has previously head butted an opposition player during a game.

There is little doubt in my mind that he will pop up against next season and steer a decent Fulham side sitting just above the relegation straight down to 20th and lock them in for an extra five seasons in the Championship. END_OF_DOCUMENT_TOKEN_TO_BE_REPLACED

'Big' Craig 'Caretaker' Shakespeare probably felt a bit hard done by when he was given the axe in October this season, after last year when he somehow became the first manager ever to achieve 3 goals per game in his first three matches, and then the first English manager ever to win four on the bounce.

How the fuck did he do this?

Nobody is sure exactly, but like Icarus flying too close to the sun Shakespeare's wings were promptly burnt to a fucking crisp after starting the season with all the momentum of Wes Morgan on an incline treadmill. A single game was won before Leicester gave Craig the old unfollow, block, delete and he has since returned to his true calling in life: following Sam Allardyce from club-to-club to chew gum and nod his head in sync and shout things like "box them in lads".

Last season's Southampton sack-ee Claude Puel replaced him and immediately turned the club's fortunes around, proving once and for all that absolutely nobody knows what they are doing when it comes to appointing and un-appointing football managers, it's even more of a lottery than a flat Rory Delap throw or an Alan Partridge-gripped Bramley apple pie. 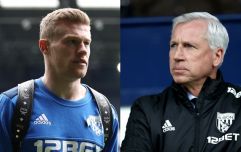 END_OF_DOCUMENT_TOKEN_TO_BE_REPLACED

Mark Hughes could achieve the unthinkable this season and actually play a significant part in two Premier League teams getting relegated this season. He was doing a very Mark Hughes-y job at Stoke City before he started to run out of steam this season, and relying on a 37-year old Peter Crouch as a lone forward just wasn't enough to save him. Saido Berahino, meanwhile, has gone over two years without scoring a goal (including three penalty misses) after having his powers taken by the aliens from Space Jam as punishment for betraying Tony Pulis and leaving West Brom.

Sparky somehow managed to bounce straight back after his dismissal and secured the vacant managerial position at Southampton after they parted ways with Mauricio Pellegrino and Mauricio Pellegrino's innate desire to try and draw as many games as possible 1-1. He won his first game, an FA cup tie against Wigan, 2-0.

He has since lost three in a row in particularly heartbreaking fashion with back-to-back 3-2 after taking the lead against both Arsenal and Chelsea.

I've essentially covered everything you need to know about poor Mauricio Pellegrino in the sentence above about him loving 1-1 draws like a slightly kinkier version of Tony Pulis. The single best thing about him is the unrelated Limonata sparkling water with the same name.

He took over from Puel - a lot of these names keep reappearing don't they? - who was fired because he was too defensive, and then somehow managed to make a dull Southampton side even more aggressively boring. By the time he was let go he was accusing his own players of "giving up" during the straw that broke the camel's back, a 3-0 defeat to Rafa Benitez's Newcastle.

A dementor in a baseball cap, Tony Pulis continues to haunt the clubs of the upper reaches of the Championship and the lower reaches of the Premier League like they were Hogwarts students. He will arrive at the football club you hold most dear, and he will tighten things up. Things will seem promising and your results and your set-pieces will look good and feel good. By the time he leaves, however, he will have eroded away all the joy you had ever felt about watching your team.

Hal Robson-Kanu as a lone forward and the slow painful death of everything you ever believed in.

Imagine being groomed by Carlo Ancelotti, assisting as his right-hand man at PSG, Real Madrid and Bayern Munich, finally getting your big break, doing well and then suddenly transforming into a poor man's Pulis after the board sell your two best players.

Paul Clement is well on his way towards indistinguishable British manager anonymity.

He's just taken over at Reading.

Slaven Bilic is, as far as I'm aware, the only manger in the history of the Premier League to have ever rocked a hoop earring effectively and for that reason alone he deserves some credit.

He was well liked and had a good few seasons before Dimitri Payet left and the world started to crumble down around him like Upton Park did a few months prior. Being replaced by the ghost of David Moyes, and having him do a better job than you, can't be a good feeling at all.

In fact, it must be amongst the worst feelings felt, by anyone, ever.

Koeman did very well at Southampton, but as the rest of the names on this last will have warned, any modicum of recent success means absolutely nothing when you're battling it out in the thick of the Premier League's bloated beer belly of mediocrity.

His time at Everton was a real mixed bag, from the dizzy highs of bringing Oumar Niasse back from the dead to shin in some crucial goal to the crushing lows of spending 12 million Great British pounds sterling on a cardboard cutout of Ashley Williams.

He's an inconsistent character to say the least; he was not so much a Rolls-Royce as big fuck-off orange Hummer of a player, the definitive traction-engine footed thighs-of-steel centre-half who could waltz up to and beyond halfway whenever he felt like it and score goals any striker would be proud of, almost out of boredom. He was that good.

Now he resembles a PGA tour veteran that gets cut after the first day, every single time, because he keeps posting scores of 12 over. Ronald Koeman has done nothing if not stick to his principles of encouraging youth talent and patient football, which, perhaps along with assembling a squad without any hint of pace or width, ultimately led to his downfall.

Credit to him for his experimentation and for attempting to stuff Davvy Klaasen, Wayne Rooney and Gylfi Sigurdsson into the same number 10 position on more than one occasion, a trio of men who, whilst all technically brilliant, would all lose a footrace to an unenthusiastic Tesco employee coming over to sort your bagging area out.

He's back on his feet though and managing the Netherlands, parting his hair and saying "OK" a bit too much, so don't feel too sorry for him.

Absolutely no idea - The Watford manager

Nobody knows. Nobody in the entire world knows.