Proof of the game's enormous growth

England's World Cup opener against Scotland on Sunday drew a peak audience of 6.1 million on BBC One, it has been confirmed.

Goals from Nikita Parris and Ellen White helped the Lionesses over the line against a resolute Scottish side, as Phil Neville's team got their tournament off to a positive start with a 2-1 win.

The viewing figures for the game offer encouragement with regards to the growth of the women's game in the United Kingdom, as it attracted 37.8% of the available audience.

That broke the previous record of 4 million viewers for England's Euro 2017 semi-final against the Netherlands. 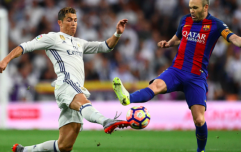 END_OF_DOCUMENT_TOKEN_TO_BE_REPLACED

The game was Scotland's first ever in a World Cup finals, and Claire Emslie got her country's first ever World Cup goal to put pressure on the English after a one-sided first half.

England were able to hang on though, as they ran out 2-1 winners in a match that was closer than many had expected.

"It's the way it should be. It would be if it was the men's game, and you'll see a better game of football."

We caught up with @Lionesses and @ScotlandNT fans out in Nice who discussed the increased interest and the growth of women's football. #FIFAWWC #ENG #SWNT pic.twitter.com/kaX15mGP07

Ahead of the game, England fans were in confident mood with regards to their team's chances in the tournament. England reached the semi-finals in the last World Cup in Canada.