It was absolute shithousery and it's just not on boys. Not against Big Gaz's men

First of all, why is Carlos Sanchez trying to grapple with Harry Kane in the penalty area like it's the last slow dance at the school disco and he has never kissed someone before? 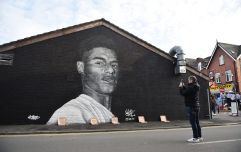 END_OF_DOCUMENT_TOKEN_TO_BE_REPLACED

Secondly, why are all the Colombian players arguing for a VAR viewing, as though the ref would just change his mind after seeing a slow motion replay of the above?

I can't answer the first question really, other than knowing that after watching a full season of his performances at Aston Villa (when we got relegated, obviously), Carlos Sanchez is absolutely 4,000,000% prone to complete and utter headloss, I don't know, roughly about once every football match.

Sometimes it's an all too casual backpass, sometimes it's giving away a penalty with the exact type of reckless defending that you've seen give away countless penalties at THE TOURNAMENT YOU ARE PLAYING IN.

DO YOU NOT KNOW WHAT VAR IS CARLOS? 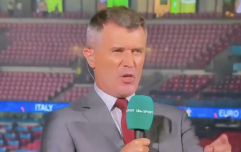 END_OF_DOCUMENT_TOKEN_TO_BE_REPLACED

Anyway, the answer to the second one is easier. The Colombian players were complaining so vigorously so they could surround the referee, who was conveniently standing near the spot, and purposely scuff up the area where Harry Kane was about to take the kick.

As you'd expect, England fans weren't happy. How fucking dare they try and stop football coming home. The cheek of them.

And also as you'd expect, Harry Kane dispatched the penalty as cool as you like.

Embarrassing scenes for world football!! The crowding of the ref, scuffing of penalty spot. Madness. #COLENG

Squaring up to the ref, time wasting and scuffing up the penalty spot and we still scored. #ENGCOL pic.twitter.com/ihuCGUE1Oj

3 mins delay, scuffing the penalty spot, cheating, verbals, anything they could try, and he still scored! #Kane #ENGCOL #COLENG

Colombia protests just pathetic. They should be down to ten men - and as for scuffing the penalty spot! Are the VAR guys watching the same game.....?

Someone from Colombia needs to get sent off. This is absurd. Scuffing up the penalty spot? Embarrassing.