Two years ago, when Ireland tore into England to deny them a Grand Slam, Eddie Jones admitted Joe Schmidt had done a number on his side.

END_OF_DOCUMENT_TOKEN_TO_BE_REPLACED

On Saturday night in Dublin, after witnessing his England team win 32-20, Jones was asked if he had reversed that position on the Ireland boss. Had he done a number on Schmidt?

"That doesn't really concern me," Jones replied. "Joe is an outstanding coach.

"What I'm pleased for is our players. Our players deserve all the credit. They've worked hard, they've come together in the space of 10 days and they've played a good game of rugby today. They made their country proud."

Jones stressed that these Guinness Six Nations games as standalone encounters that have no bearing on the World Cup. As for the best team in the world, Jones was asked if he still believed Ireland were the number one team [despite New Zealand sitting atop the rankings]. He replied:

"Well I don't think that changes in one game. Ireland have been consistently good.

"You guys are writing it [that Ireland are the best in the world] so it must be true. My mother reads the paper and she believes everything you write." 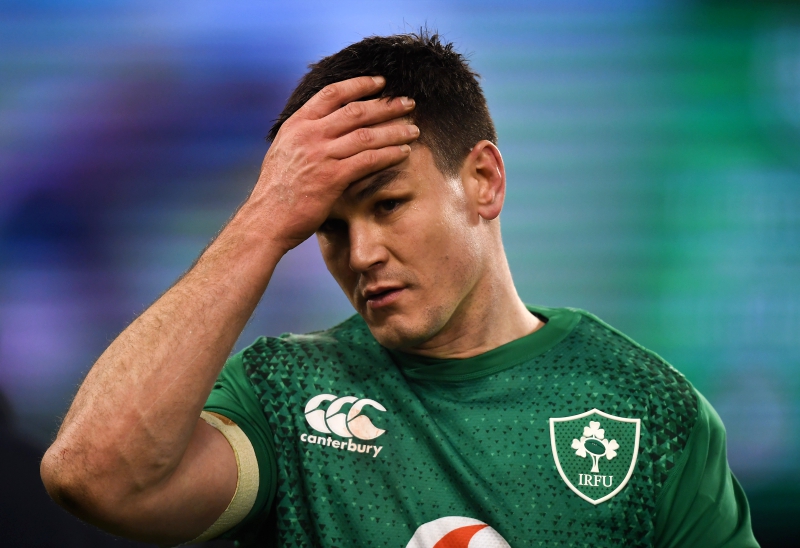 END_OF_DOCUMENT_TOKEN_TO_BE_REPLACED

As for Schmidt, he held his hands up that England were the deserving victors on the night but insisted his men would be giving it all to get back on winning track against Scotland.

"It's something that happened two years ago against the All Blacks, we got bullied here," he told reporters. "You've got to be prepared to give as good as you get. I don't we did tonight.

"It turned into a muddy battle that's very difficult to contest in. If that's slow, it allows them to get on the front foot, get off the line. They got excited about it. There was quite a lot of volume with them stirring each other up and getting each other off the line and they backed it up with a real physical intent."

END_OF_DOCUMENT_TOKEN_TO_BE_REPLACED

That result sees England climb to third in the world with Ireland remaining in second but dropping 1.79 points. No matter what happens in the rest of the championship (even four Ireland wins) Schmidt's men will not overtake the All Blacks at the top before the rugby World Cup commences.