Dele Alli is the new Paul Gascoigne, meaning he joins an illustrious club of new Gazzas

He's had an outstanding first season at Tottenham, and similarly impressive performances in an England shirt have garnered Dele Alli high praise from some of the country's footballing greats.

According to Teddy Sheringham, Alli's international form brings back memories of none other than Paul Gascoigne. Alli was one of the outstanding performers in England's shock 3-2 comeback victory over Germany last weekend, and Sheringham - himself capped 51 times for the Three Lions - says the Gazza comparisons are obvious. 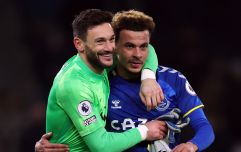 END_OF_DOCUMENT_TOKEN_TO_BE_REPLACED

Speaking at the Carlsberg's UEFA 2016 trophy tour, the former Tottenham and Manchester United forward said: "He had that aura about him in Berlin that Paul Gascoigne had about him at the beginning of his career. It was almost if Dele Alli was saying: 'Come and try and get the ball off me. And even if you've got the ball I'll nick it off you then I'm going to wander away from you and you won't get it off me.'

"Gazza used to do that. It had a lovely feel to it - I was very impressed. You can't coach that kind of mentality and self belief. It was in Gazza and Dele Alli seems to have something similar."

Some review indeed. But Dele Alli is by no means the first player to have the 'new Gazza' tagline attached to him. In fact, there have been Gazza replicas springing up for years - full-blown clones of the legendary Geordie midfielder, as highlighted by players, pundits and that guy you met in the pub. We thought we'd remind you of some of the marquee players in the new Gazza gang. 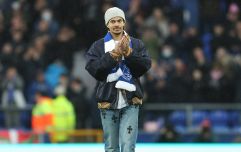 END_OF_DOCUMENT_TOKEN_TO_BE_REPLACED

Ross Barkley has been called the new Gazza numerous times. Glenn Hoddle has previously remarked upon some of his play as 'reminiscent of Gazza'. England manager Roy Hodgson has made the comparison on at least one occasion, and last year former Newcastle United player Rob Lee told Sky Sports News that in Barkley we might be watching the new Paul Gascoigne. In fact, practically the only person who hasn't called Ross Barkley the new Paul Gascoigne is Paul Gascoigne, who told The Sun back in 2014 that there will 'never be another Gazza'. Stay tuned on this one. 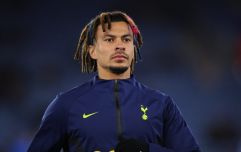 END_OF_DOCUMENT_TOKEN_TO_BE_REPLACED

Arguably the most controversial of the lot. Back in 2013, ex-Hammer Morrison was reportedly hailed as the new Gazza by the then Birmingham boss Lee Clark, despite him not actually knowing who Gazza was. According to quotes later given to The Mirror,  Morrison said he would try his best to emulate Gascoigne throughout his career. Morrison would go on to to play for Lazio, just like Gazza, and an impressive debut was enough to draw the inevitable comparisons in the excitable Italian press.

Despite performing superbly throughout the 2015 Women's World Cup, Laura Bassett was reduced to tears after scoring the own-goal that saw the brave Lionesses exit the competition in the semi-final. She definitely showed Gazza-esque passion for the entirety of the tournament, but it was the image of an inconsolable Bassett at the final whistle that reminded many of his own breakdown during World Cup 1990 - when England were knocked out by West Germany in the semis. Even if this was the only time Laura Bassett was likened to Gazza, her heartfelt emotional outpouring is surely worthy of a place in the club.

The quintessential new Gazza. It is now much more common to hear someone described as the new Wayne Rooney, showing that there is a strangely reassuring order to this madness.

Also known as the Scottish new Gazza (from now), Scott Brown received an in-depth analysis of his Gazza-ness from Terry Butcher, who played with the man himself for England. Butcher, who at the time was Scotland manager George Burley's assistant, said in 2009: "Scott and Gazza are very similar the more you look at it.

"Both players live for football and when they go on the pitch you can see that they love the game.

"The game means everything to them. Scott is a phenomenal character like Gazza.

"He's not as mad as Gazza yet but that may come - but he's an exceptional talent who you're glad to have in your team.

"If he's against you he causes you problems. He doesn't cause his own team problems which is good and Gazza was the same.

"Scott works his socks off just like Gazza. Scott's knuckled down and listened to people and learnt a hell of a lot.

"A lot of people maybe didn't see how hard Gazza worked for the team and Scott does that for Celtic and Scotland.

Six mentions of Gazza there. Six times Terry Butcher was able to find striking similarities between Gazza and the Celtic midfielder Scott Brown. Scott Brown is the new Gazza x 6. Dele Alli and all that come after him have their work cut out to compete with that.

popular
Brit on holiday beaten with a brick by gang before being thrown in the sea unconscious
The longest walkable distance on Earth which no one is known to have completed
Dad who ran off with Ukrainian refugee says couple are doing 'brilliantly' - but he can't see his kids
Blood-Smeared toddler now orphan after Highland Park shooting
Fears surging covid cases could ruin summer holidays with return of tests and rules
Man who refused to work as he was 'mourning' after US abortion decision gets fired
Men with ‘very large penises’ wanted for new documentary
You may also like
Sport
WATCH: Dele Alli shows he's still got it with stunning bicycle kick
Sport
Jose Mourinho shirks responsibility for Dele Alli's drop in form
Sport
PSG begin talks to sign Dele Alli from Tottenham Hotspur
Sport
All or Nothing clip shows bust-up between Dele Alli and Eric Dier after Spurs' loss to Wolves
Sport
Meet the man behind the Premier League's best haircuts
Next Page