It would be an absolute travesty if Ben Askren never fights in the UFC.

END_OF_DOCUMENT_TOKEN_TO_BE_REPLACED

When he was in his athletic prime, the great 170 lbers fought for the world's biggest MMA promotion. However, Askren hasn't graced the Octagon once. His wrestling credentials and his MMA record cannot be dismissed, but the level of competition he has beaten means there has always been uncertainty over where he ranks among the world's elite.

'Funky' is a two-time NCAA Divison 1 wrestling champion and is undefeated in mixed martial arts. He holds a pristine professional record of 18-0-1 NC. As Bellator welterweight champion, he beat Douglas Lima and Andrey Koreshkov. Both men went on to hold the strap. They only held the belt after Askren left the promotion to sign for ONE. 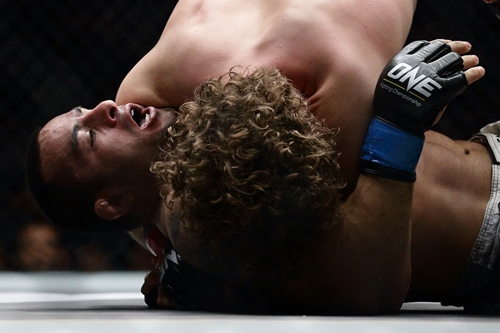 END_OF_DOCUMENT_TOKEN_TO_BE_REPLACED

After knocking out legendary fighter Shinya Aoki in 57 seconds in November 2017, Askren announced that he was semi-retired from MMA. Later he admitted he would return if he received a big enough fight offer. However, being still under contract at ONE meant his options were limited.

In May ONE CEO Chatri Sityodtong told Abhinav Kini of International Business Time that he was interested in having ‘Funky’ do a cross-promotional, champion vs. champion fight. Current Bellator champion Rory MacDonald and Georges St-Pierre were mentioned as possible opponents.

Bellator president Scott Coker has stated that he wouldn't be interested in signing Askren on a one-fight deal. Also, UFC president made it clear that his promotion had zero interest in signing Askren back in 2014. He said the following during an episode of The Download With Dana White: 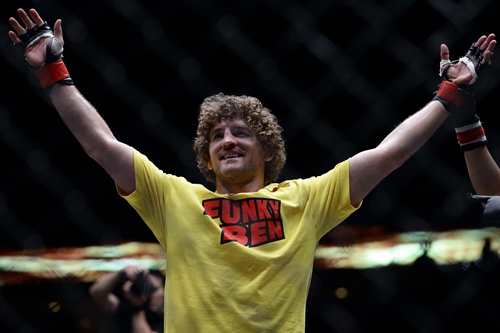 On a recent episode of the UFC Unfiltered podcast, White revealed he had a recent conversation about Askren. It appears as though 'Funky' has got the itch. That pesky ONE contract is currently preventing it from being scratched.

"Ben Askren hit me up a few months ago and said, 'What are the odds that we could talk about getting me into the UFC?' And I said, 'We can absolutely talk about it.' I said, 'You need to send me a letter, before I even talk to you or meet with you or do anything, I need a letter saying you're a free agent or whatever.'"

"He's not a free agent. He's under contract with ONE FC and he's going to have to fulfill his contract with them before I would even meet with him or talk to him."

UFC 231 in Toronto is in dire need of a headline act. GSP wants to return on that card and Askren would have absolutely no problem playing the role of the villain.

For the love of all that is good and violent, please, please, PLEASE make it happen!