In Manchester United's 1-0 win over Crystal Palace on Sunday, Ralf Rangnick substituted three of his four front players. Marcus Rashford, Jadon Sancho and Bruno Fernandes were all taken off in the second half. Yet, Cristiano Ronaldo, who will be 37 in February, remained on the pitch for the entire 90 minutes.

Rangnick also congratulated Ronaldo at the final whistle before any other player. In his post-match press conference, he praised the former Juventus forward.

The new United interim manager may have been diplomatic and attempting to keep his most famous player onside.

END_OF_DOCUMENT_TOKEN_TO_BE_REPLACED

After all, how can the high-priest of high pressing be happy with a superstar who doesn't work hard off the ball?

Ronaldo was a 'problem' for Ole Gunnar Solskjaer, right? So, how can he possibly provide what Rangnick wants? He didn't press the last time he was at United 12 years ago. How can he do it now, at 36?

Yet, despite the dominant narrative, the early signs suggest that Ronaldo has bought into Rangnick's plan and, more importantly, is capable of pressing and working hard for his teammates. 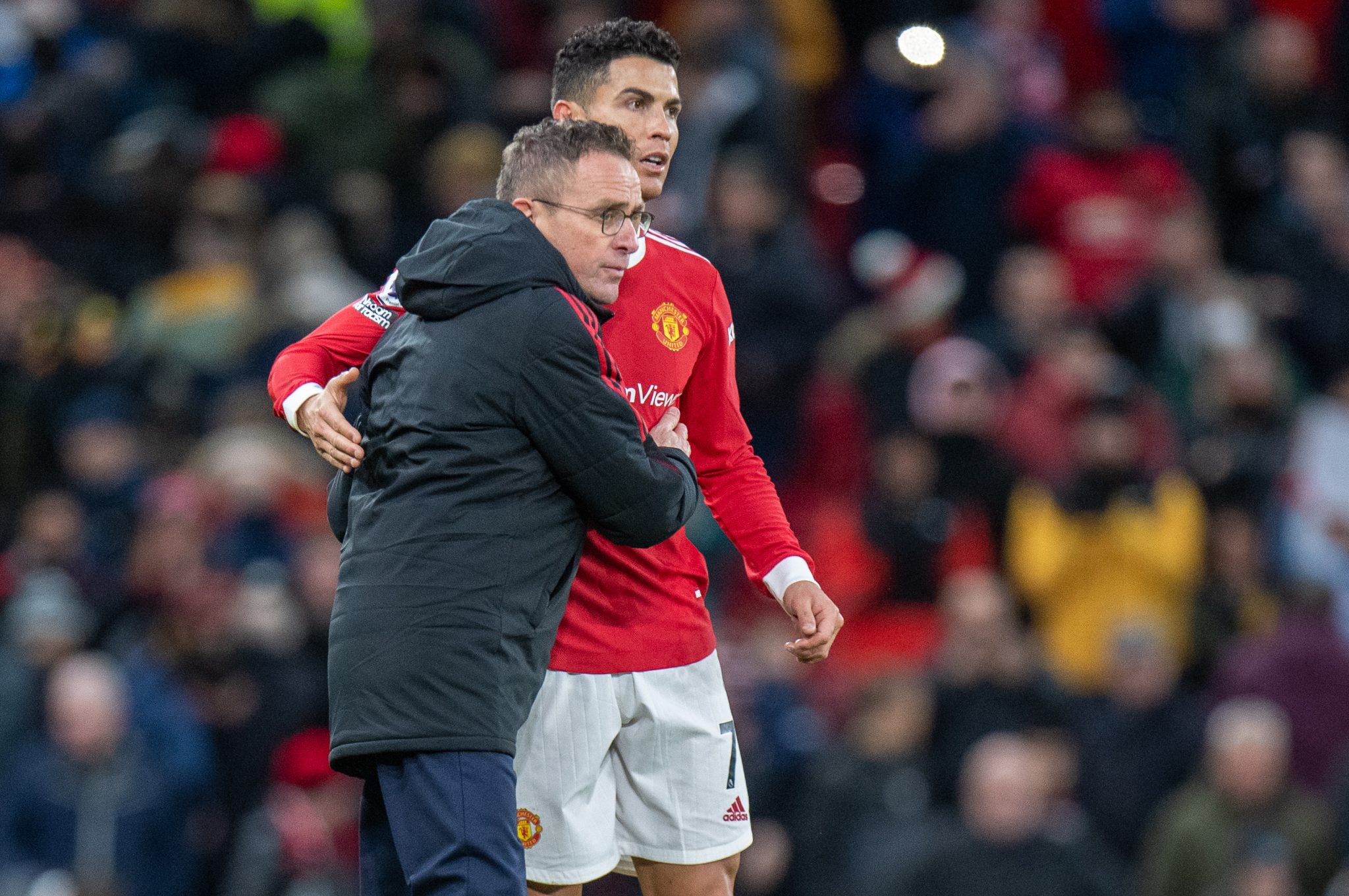 END_OF_DOCUMENT_TOKEN_TO_BE_REPLACED

Ronaldo's pressing, or lack of, has been a topic of debate surrounding Man United since he returned to Old Trafford. Some have argued that he offers nothing when his team doesn't have the ball. Others claim that the 36-year-old distorted the team's balance, which led to Solskjaer's sacking.

Ronaldo can't be blamed for Solskjaer not being an elite coach, but the statistics suggested that he was a passenger when United didn't have possession. In his first match back, against Newcastle United in September, he made just two pressing attempts, neither of which were successful. This pattern continued over the following weeks.

Against West Ham United, Ronaldo made two attempts at pressing. It was four against Aston Villa and five against Everton. None of his efforts were deemed successful.

Ronaldo had identical pressing records in the defeats to Leicester City and Liverpool, recording one successful press from eight attempts. In the loss to Manchester City, when United were chasing shadows all game, he made 10 attempts to press the ball and was successful twice.

The pattern continued after Solskjaer left. In Michael Carrick's games as caretaker manager, Ronaldo made three successful presses from 15 attempts.

(All pressing statistics are via FBref. They define a 'press' as an act of applying pressure on an opposition player who is "receiving, carrying or releasing" the ball.  A 'successful press' is when the team have regained possession within five seconds of the player applying pressure). 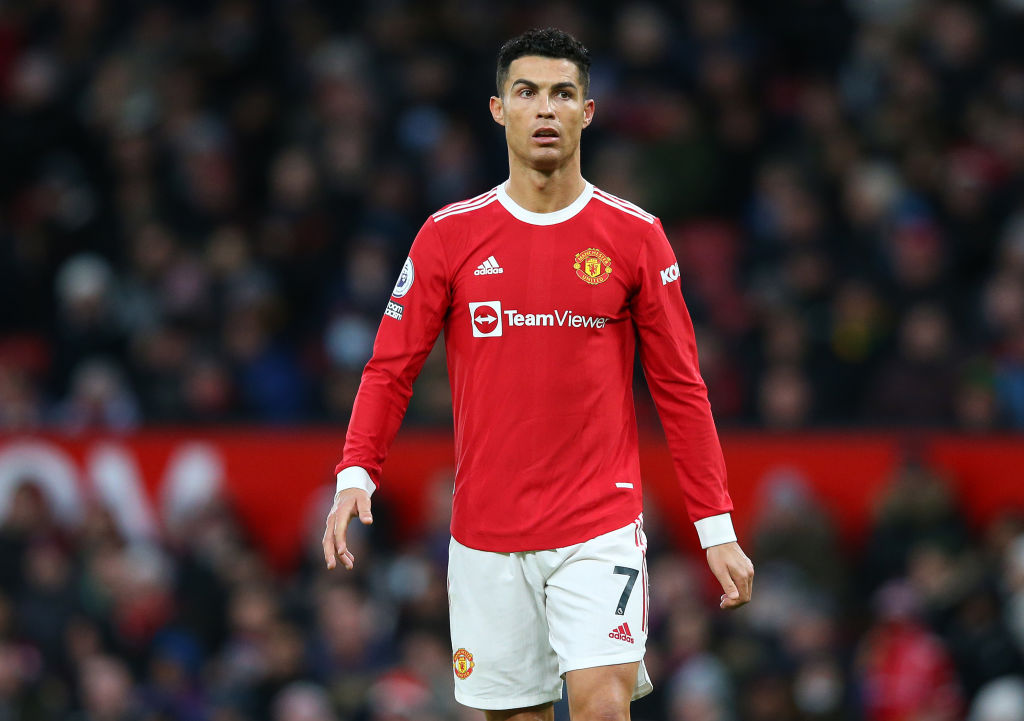 Yet, after one training session under Rangnick and in one game, Ronaldo's pressing statistics greatly improved against Crystal Palace. The Portugal captain had his best performance of the season out of possession on Sunday and recorded campaign-high figures.

Ronaldo made 11 attempts to press the ball. However, he wasn't just sprinting around in an attempt to impress his new manager. There was a clear purpose, and crucially, it was part of a collective approach.

Of his 11 pressing attempts, five were successful, and eight were in the final third. For context, Mohamed Salah has averaged 14 presses per match for Liverpool this season in the Premier League and has averaged four successful presses per game.

So, Ronaldo's statistics from the Palace match are comparable to the best player in the best pressing side in the Premier League.

It's a small sample size, but it shows that the forward can be effective when out of possession if it is part of a collective approach. Ronaldo's pressing record before Rangnick arrived also reflects on Solskjaer as much as it does the player. 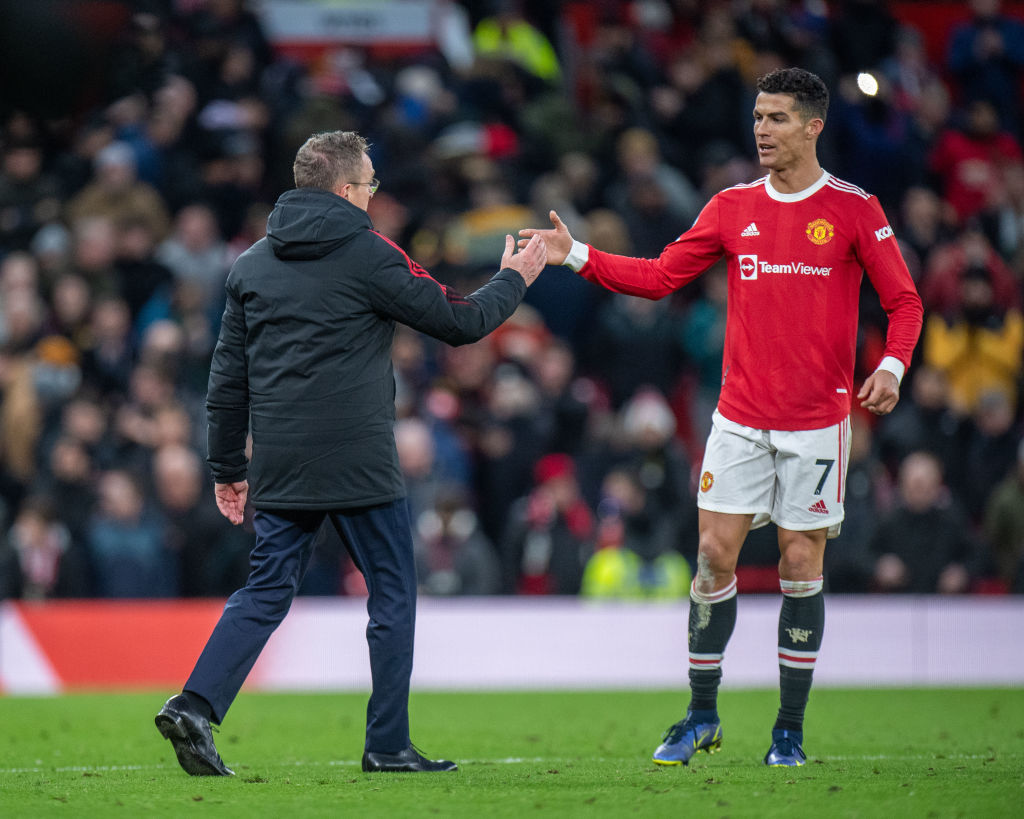 Man United simply weren't coached to effectively press under their former manager. Players would randomly decide to chase down opponents, who could then easily pass around them.

There was no sign that any pressing triggers had been worked on in training. And there were massive gaps between the defence, midfield and forwards.

After just one training session under Rangnick, however, that appears to no longer be an issue. Man United were compact and pressed as a unit against Palace. Their number seven was often the one starting moves.

Early in the game, Ronaldo started this press, which was the trigger for his teammates.

Marcus Rashford followed him, with Sancho behind and ready to close down another pass.

Bruno Fernandes was up next and, collectively, Man United's forwards forced Crystal Palace to kick the ball long.

This was a regular occurrence during the match, particularly the opening 30 minutes.

Ronaldo was the trigger. But crucially, he was supported by his teammates. Rangnick's 4-2-2-2 formation ensured that there weren't large gaps between the defence, midfield and forward line as there had been under Solskjaer.

United were compact, played within a 40-yard space, and deployed an extremely high defensive line. This made it easier to find teammates with passes and move the ball quickly. They could also instantly start pressing if they lost possession.

In short, United's pressing efforts reflects more on the coach than it does on individuals. Yes, Ronaldo was not working hard out of possession under Solskjaer. But no Man United player was effective without the ball under the Norwegian. It wasn't that a player was lazy or not capable, there was just no framework for any player to work within. 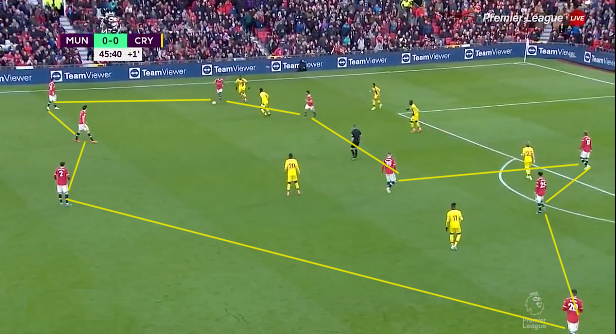 It is true that Ronaldo has never been a player who pressed hard. Alex Ferguson rejigged his team to accommodate him by playing him up front, where he had no defensive responsibilities and used Carlos Tevez and Wayne Rooney to support him.

Ronaldo was in his early 20s at the time. He will be 37 in February. So, it is understandable if one was to look at the situation and conclude that there is no way he can be effective under Rangnick, who will not compromise his approach.

Ronaldo will never be a player who presses the opposition non-stop. And he may not be able to maintain his levels from Sunday. But his performance without the ball against Palace was perfectly acceptable and impressive for a 36-year-old. (Rashford and Sancho combined recorded as many successful presses (6) as Ronaldo).

The evidence from Sunday suggests that Ronaldo can contribute when Man United don't have the ball, and it is not written in stone that he is a passenger when his team doesn't have possession.

If he can maintain his pressing statistics from the Palace game, it will also be difficult for anyone to claim he is a 'problem'.