There can't be many fighters who can say that they've sparred both Conor McGregor and Khabib Nurmagomedov.

Myles Price is part of that very exclusive club.

END_OF_DOCUMENT_TOKEN_TO_BE_REPLACED

Price used to train regularly with McGregor at Straight Blast Gym but the Kilkenny lightweight has now moved his training to American Kickboxing Academy in San Jose, California.

Speaking ahead of the monster UFC 229 main event between current and former lightweight champions, 'Magic' Myles has admitted that he and McGregor never saw eye-to-eye when they would spar.

"I’ll be honest with you, I never really got on well with Conor within the gym because me and Conor sparred a lot. At the time, Conor was taking fights at lightweight," Price told Peter Carroll on the latest episode of Eurobash.

"I understand the hierarchy within gyms. Even here at AKA you have heated spars, but afterwards we shake each other’s hands, we talk about what we can work on and develop as training partners or as a team.

"Basically, with Conor, he’s quite narcissistic. He’ll see you as competition. He’s not very nice to be around in the gym. If you’re giving him hard spars, he won’t see you as a friend after a while."

END_OF_DOCUMENT_TOKEN_TO_BE_REPLACED

Price, who most recently fell to a defeat to UFC veteran Norman Parke, has revealed that he was welcomed with open arms by Nurmagomedov and the Russian contingent at AKA.

The 30-year-old is now helping Nurmagomedov prepare for the challenge of 'The Notorious' and having experienced the terrifying top game of the undefeated Dagestani, Price is backing Nurmagomedov to retain his 155lbs title on October 6.

"I don’t want to seem biased because I’m over here training with Khabib, because I have a lot of respect for Conor as an athlete. He’s an amazing athlete, there’s no doubt in the world about that. Anyone that questions that is very foolish because I’ve felt him in spars, he’s extraordinary, he’s a hard worker and when he’s mentally on point he performs extremely well," Price said. 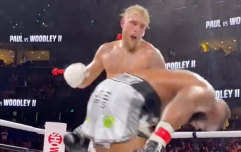 END_OF_DOCUMENT_TOKEN_TO_BE_REPLACED

"My feelings have completely changed since I came over here because I’ve added training sessions and feeling what Khabib is like to my opinion. Khabib is a very good athlete, he’s a dangerous athlete and he can take a shot too. Everybody takes shots in the gym, but in my opinion, Khabib is very hard to hit at the moment. He’s a grinding, hard wrestler and his conditioning is on a completely different level now.

"Most importantly, his psyche is very strong. He’s very strong mentally and that’s what the deciding factor is going to be in this fight. Anyone that hasn’t taken Conor personally, emotionally or that hasn’t attached themselves to Conor has done well or beaten Conor. That’s what Khabib is doing now. Forget where he’s at physically, because psychologically is where he’s going to win the battle.

"If I had to make a quick [prediction] now, I’d probably say round three or round four, Khabib TKOs him. Just ground pound, taking him down, beating on him and the referee stops it."