UFC President Dana White believes that we haven't seen the last of McGregor in the Octagon, despite the Irishman's tweet last week which suggested that his fighting days were over.

END_OF_DOCUMENT_TOKEN_TO_BE_REPLACED

'The Notorious' wished his colleagues well last Tuesday, when he got the mixed martial arts world debating whether or not his latest retirement was to be taken seriously.

Having recently demanded shares in the UFC in return for competing in a co-main event, McGregor's announcement has been dismissed by many as just another attempt at gaining leverage over his employer.

UFC President Dana White gave an interview to Las Vegas’ Channel 8 station on Monday and revealed that he isn't convinced by McGregor's retirement. 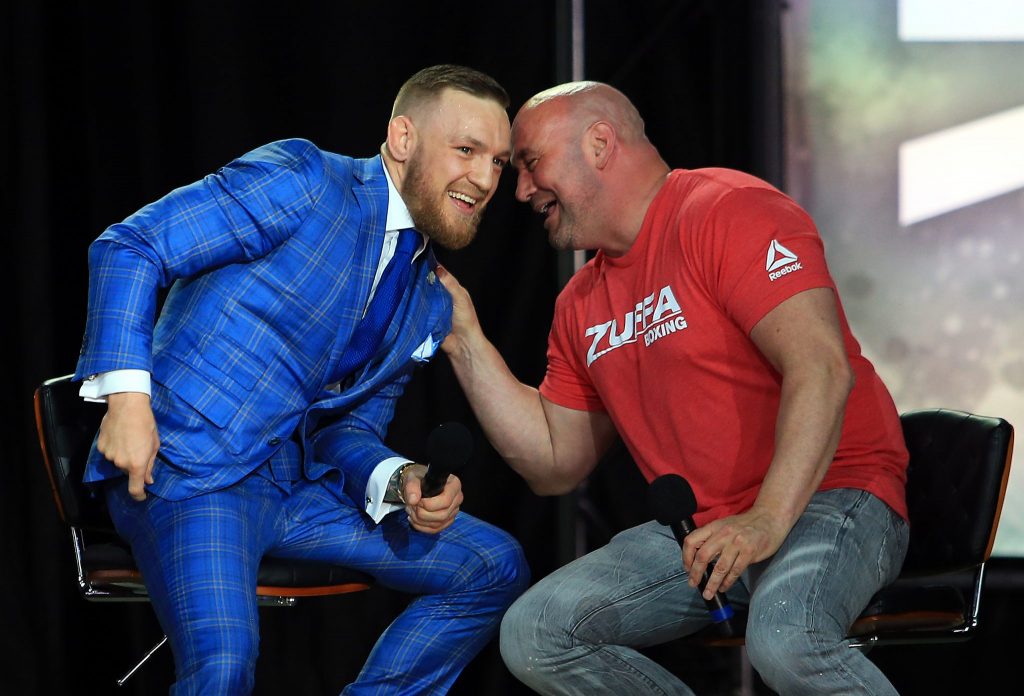 END_OF_DOCUMENT_TOKEN_TO_BE_REPLACED

"No," White said, when asked if he believed that McGregor had genuinely called an end to his fighting career. "I think that there’s some things that Conor wants and I think that Conor wants to get together face to face, he and I, and we probably will in the next couple of weeks and we’ll get this thing figured out."

Hours before his retirement tweet, McGregor appeared on The Tonight Show with Jimmy Fallon and explained how he was in talks for a fight in the summer.

White doesn't intend to let McGregor, who is the best-paid fighter in mixed martial arts history, get his way this time around.

"Listen, who gets respected more than Conor McGregor does? Come on," White said. "The guy’s never been disrespected, definitely not by me. And he’s got a lot of money too.

END_OF_DOCUMENT_TOKEN_TO_BE_REPLACED

"But he’s stuck on this thing where he wants a piece of the ownership and that’s just — if you look at basketball, Michael Jordan didn’t own a piece of the league, and the list goes on and on. Is Conor very valuable to the sport and to the brand, the UFC? Of course he is. That’s a tough one, but I think there’s other ways that we can make him happy."