It’s a joyous and unforgettable moment, even for someone as decorated as Serena Williams.

You leave an adoring Centre Court behind and make your way back to the locker rooms.

Only who is lurking around the corner? 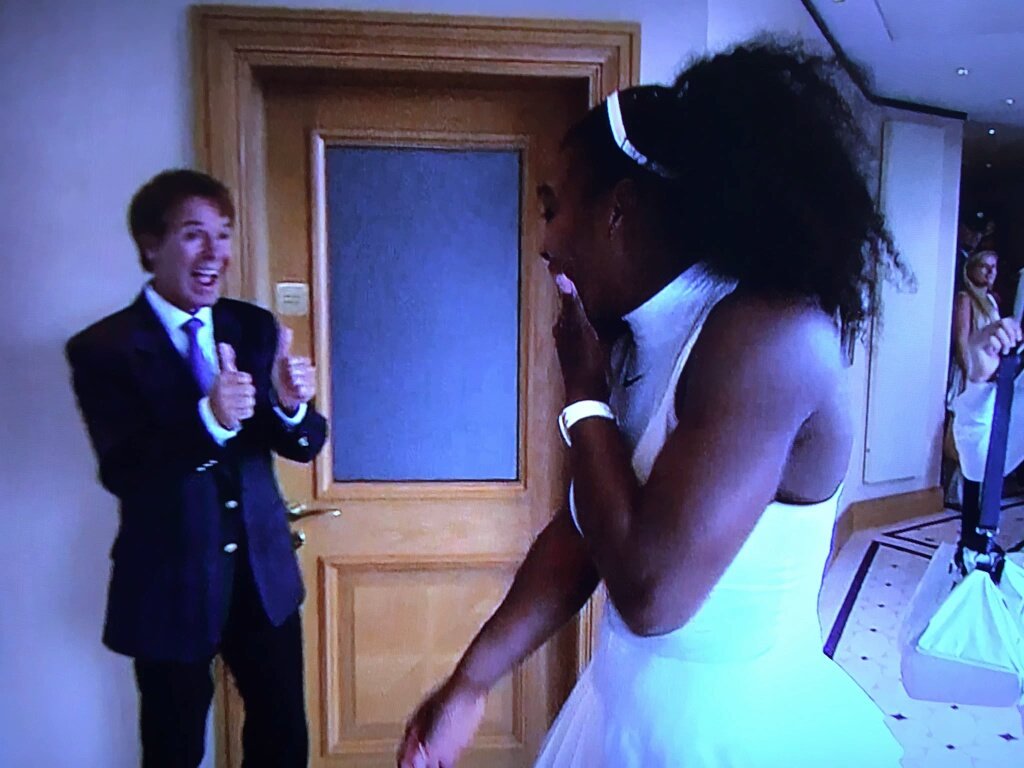 In fairness to Serena, she seems pretty happy to see him, but what on earth is he doing lurking on his own in a corridor?

Look at his face for God’s sake. 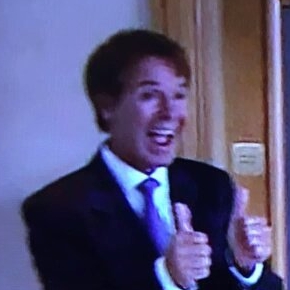 And the thumbs. Jesus. 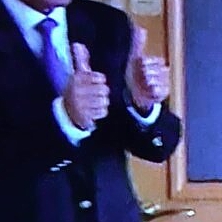 Once more in all its glory.

Sir Cliff hanging round the changing rooms, like an oversized blazer from BHS on a wire coat hanger, since 1977.#Wimbledon2016

That face when you see Cliff Richard lurking in the #Wimbledon corridor... #bbctennis pic.twitter.com/XjLhYZWZ0L