There is simply no place in football for this

Brighton secured their Premier League status on Friday night with a 1-0 win over Manchester United. For Seagulls fans, it was a time to celebrate, a time to toast to another year in English football's top-flight, rubbing shoulders with some of the world's finest.

Brighton's fans roared their team to a momentous victory over Jose Mourinho's side at the Amex Stadium but, following the result, footage emerged of a small group of supporters chanting a racist song while travelling on public transport.

In the video above, a group of Brighton fans appear to be chanting "Wilfried Zaha's got malaria."

END_OF_DOCUMENT_TOKEN_TO_BE_REPLACED

Several people have called on the FA to investigate the footage.

In April, the Crystal Palace winger – formerly of Manchester United – opened up on the 'stick' he receives from Brighton fans.

“I get so much stick from them but I don't even want to talk about it," Zaha said. "I feel like there's no need for us to have the debate. I don't feel like they're better than us. I am just looking forward to the game.”

“We just need to get the game over and done with, beat them, and they can just go back to wherever they came from.”

END_OF_DOCUMENT_TOKEN_TO_BE_REPLACED

At the time, Palace were four points behind Brighton, lying in 17th place. Zaha struck twice at Selhurst Park as Palace ran out 3-2 winners.

Back in November, Zaha told Brighton fans to 'grow up' after some said that they would cheer if the Ivorian winger broke his leg during the fixture between the two sides.

November's game was the first meeting between the sides since their 2013 Championship play-off semi-final. That night, at the Amex Stadium, Zaha scored two superb goals to fire Palace into the final against Watford. 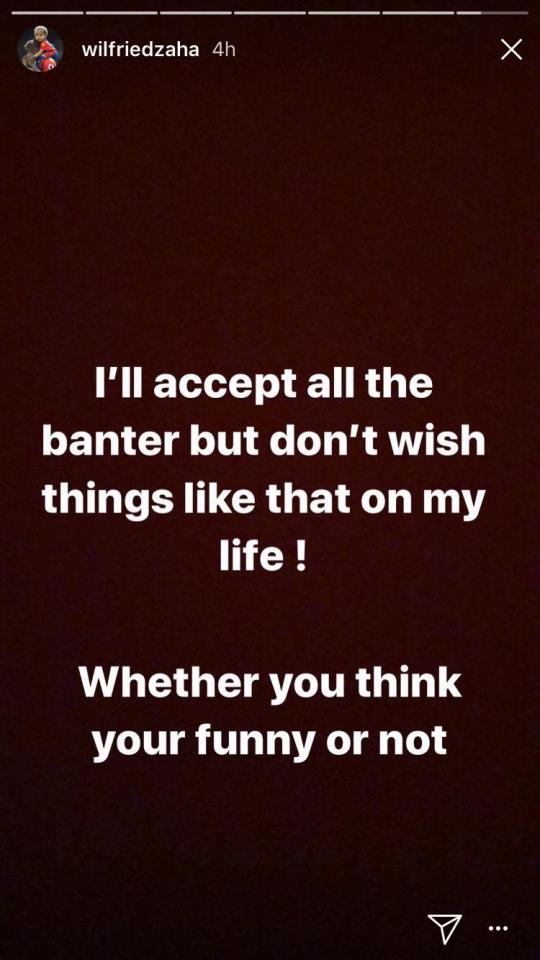 Intense rivalries are the lifeblood of football, but racist chanting is the scourge. Given Brighton's victory over United, this is the last thing anybody wanted to see.