Carl Frampton feels like he has more left to give

Despite admitting that he was a retired fighter in the dressing room after his defeat to Josh Warrington in December, Carl Frampton is eager to make one last run at a world title and he will do so under the Top Rank banner, having signed a multi-fight deal with the American promoters.

The Belfast man is hoping for an eventual clash with WBO featherweight champion Oscar Valdez in the future, with Frampton's next fight expected to be announced shortly.

"It's an honour for me to be teaming up with Top Rank for what will be the last chapter of my career," said Frampton. 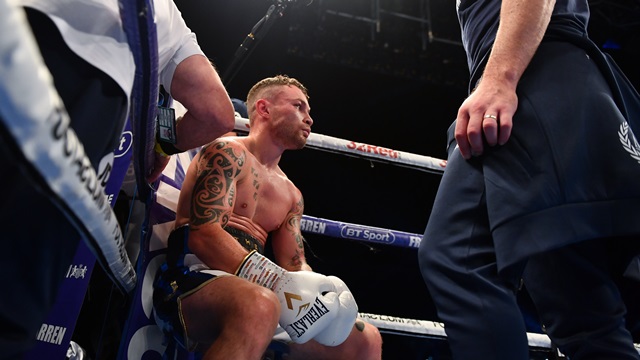 "It also makes a fight, at some point in the future, with WBO champion Oscar Valdez a real possibility."

The best La Liga goals of the weekend

END_OF_DOCUMENT_TOKEN_TO_BE_REPLACED

Frampton, who has just turned 32, has made no secret of the fact that his wife, Christine, wants to see him hang up his gloves and not even a lengthy conversation with Jerome Wilson was enough to convince him to walk away from the sport right now.

With the management of MTK Global and the promotion of Top Rank, 'The Jackal' can be expected to make some waves in America before the year is out.

"It's wonderful news that Carl Frampton has joined us at Top Rank," said chairman Bob Arum.

"He is the epitome of a true warrior, and we are proud to be promoting him as he works toward becoming the featherweight champion of the world once again."