Canelo Alvarez has packed on a serious amount of muscle ahead of his fight against Gennady Golovkin.

It's not as if Canelo Alvarez has ever been in bad shape in his life. However, right now the Mexican boxing star is in the shape of his life as he prepares to do battle with Gennady Golovkin for the Ring Magazine, WBA (Super), WBC, IBF, and IBO belts.

END_OF_DOCUMENT_TOKEN_TO_BE_REPLACED

It's a relatively quick turnaround for Canelo, who is coming off a unanimous decision win over Julio Cesar Chavez Jr in May. Although, in those few months between prizefights, he has managed to cultivate a serious amount of mass.

Here's how Canelo looked one week after beating Chavez Jr in the T-Mobile Arena. 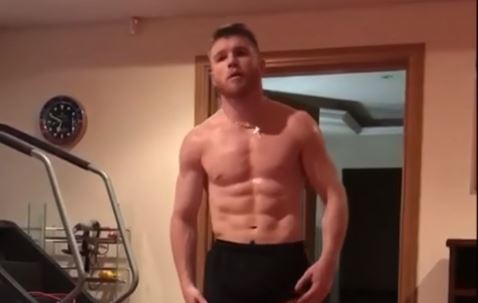 Flash forward to the media day in the Staples Center at the end of August and fans saw a much bulkier Canelo showing off his boxing skills inside the ring.

Bearing in mind that Canelo moved up a weight class to fight Chavez Jr, it appears as though he was still transitioning to the 160 lb limit at that time. At the end of August, it was clear that he was fully committing to the heavier division. 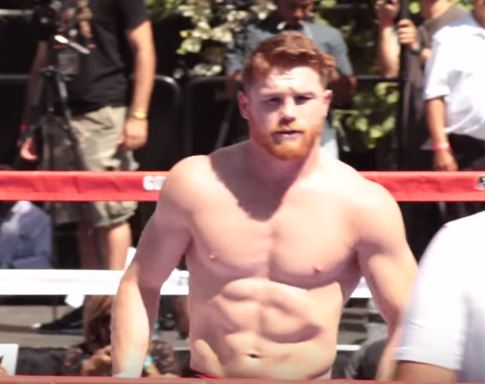 During the week of the big fight against GGG, he shared a series of photos on Instagram which confirmed (as if more confirmation was needed) that he was now built like an even bigger brick shithouse than has been in the past.

Flattering lighting aside, the man is still outrageously ripped.

It's difficult not to notice Canelo's very obvious physical transition and unsurprisingly, it's caught Golovkin's attention too, as he told FightHub TV.

Golovkin isn't paying much heed to the increased muscle mass of his opponent, although he feels there is a chance that being more shredded may hinder his chances in the fight.

Sunday morning, folks. This one's not to be missed.