The culture of academy football in England has come under a lot of scrutiny. Young kids are scouted as young as 6 by professional clubs who sell families the appealing idea of having their son or daughter coached by the best, in the hope that one day they'll become a star. 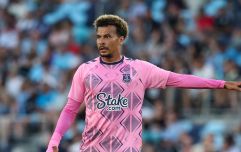 END_OF_DOCUMENT_TOKEN_TO_BE_REPLACED

After Chelsea's 0-0 draw with Norwich on Saturday afternoon, BT Sport pundits and former professional footballers, Frank Lampard and Chris Sutton, discussed with Jake Humphrey and Mike Calvin, the author of No Hunger in Paradise, the problems in our footballing culture when it comes to how we treat young kids in academies.

Chris Sutton expressed his concerns that clubs do not adequately prepare their players for life outside a football career in the eventuality of them not quite making it.

"It destroys childhoods, you get released at 16 and your whole world falls apart," Sutton said.

Sadly, that is the case for the vast majority of teenage prospects who do not quite make the cut into professional football. 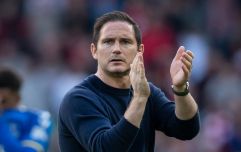 END_OF_DOCUMENT_TOKEN_TO_BE_REPLACED

In Calvin's documentary on the matter, England manager Gareth Southgate reveals that he thinks clubs are taking players on far too young, and that having conversations about the professional career of a 7-year-old is "impossible."

The panel on BT Sport described the situation as a "race to the bottom" as clubs seek to sign players younger and younger in order to hoard the best talent and gain an edge over their rivals.

Watch the discussion below, and the No Hunger in Paradise documentary on Sunday night at 6:30pm on BT Sport.

"The parents seem to take on this different sense of normality..."

"It destroys childhoods! You get released at 16 and your whole world falls apart."

Set aside 8-minutes of your life for this chat on youth football in England.