Brendan Rodgers could be coming for Rangers' best player

Rodgers' first Leicester signing could well come from Glasgow, but not the side you might expect

Brendan Rodgers' decision to leave Celtic last week left a sour taste in the mouths of his now-former fans, but his first target as Leicester City boss is unlikely to go down too badly in the green and white half of Glasgow.

END_OF_DOCUMENT_TOKEN_TO_BE_REPLACED

When he's not getting sent off (or having his mother slagged off via large banners), Alfredo Morelos has been scoring goals for fun for Steven Gerrard's side and his knack for finding the net has drawn the interest from several teams around Europe.

According to Sky Sports, Leicester remain eager to add Morelos to their squad in the summer and their interest in the Colombian forward has only grown since club scouts identified him as a potential signing prior to the January transfer window. 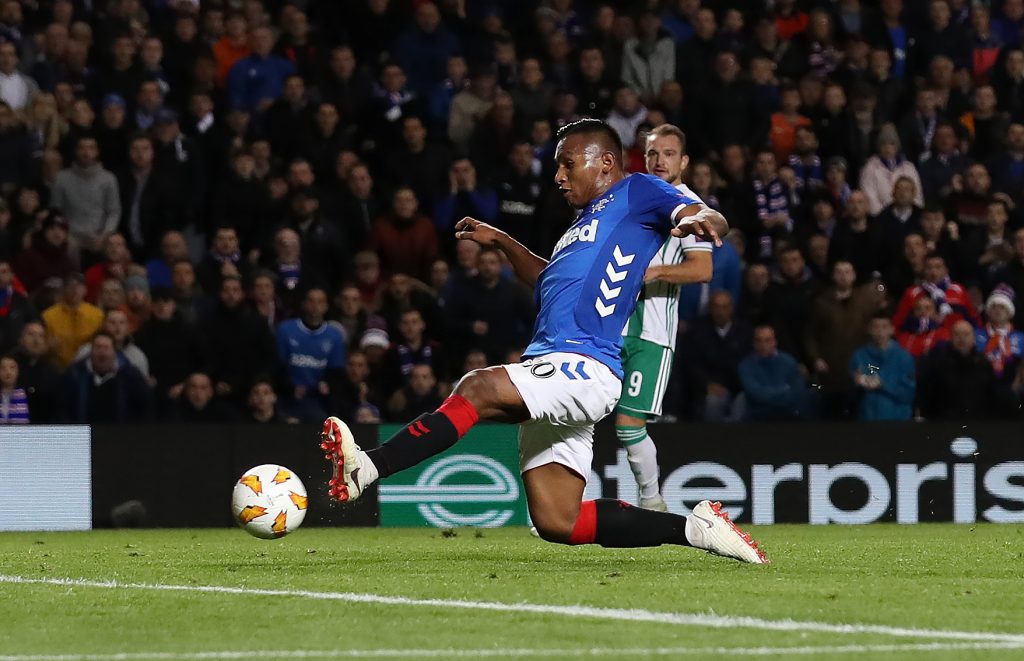 Rodgers knows only too well what Morelos is capable of and the new Foxes boss is reportedly set to sit down with director of football John Rudkin and head of recruitment Eduardo Macia to make a final decision on whether or not to make an official approach.

END_OF_DOCUMENT_TOKEN_TO_BE_REPLACED

Leicester will face stiff competition from several Bundesliga clubs if they are to sign Morelos, who admitted that he is expecting to leave Ibrox when the transfer window opens again.

"There are many teams interested in me and a lot of them have watched me play," the 22-year-old told a Colombian radio station last week.

"Most likely my transfer will be this summer."

popular
Robin Williams' wife shares reason why he killed himself
‘Time traveller from 2090’ warns humans of worst event in history in coming days
Antonio Conte 'banishes' four Tottenham players from first-team
Groom shocks wedding by playing video of his bride cheating with her brother-in-law
Tory leader in shambolic BBC interview saved by even more embarrassing sign on his bookshelf
Arsenal legend Willian set to make shock Premier League return
Two British men raped in Spain after being 'drugged while out on night out'
You may also like
Sport
The reason why Everton won't have the club crest on their third kit
Sport
Gary Neville's Manchester Utd transfer rant in 2014 proves nothing has changed in recent years
Sport
Barcelona could lose summer signings Andreas Christensen and Franck Kessie for free
Sport
Bernardo Silva believes that Manchester City deserve more respect
Sport
Marcelino Nunez scores outrageous panenka penalty, didn't even watch it go in
Next Page