You thought it wouldn't happen, didn't you? Your da was talking before the tournament, he was telling you they were the favourites - rattling off cliches about German efficiency, saying that the same wouldn't happen to them as happened to Spain and Italy before them. Winners, then unceremoniously dumped out four years later.

But it's happened. I can repeat, this is not a drill, Germany have been dumped out of the tournament in the group stage after being beaten 2-0 by South Korean in their final Group F tie, via a late VAR goal and a final humiliating goal after Neuer went upfield in search of an equaliser.

In the other match in the group, Sweden beat Mexico 3-0, but it didn't matter because Germany secured only three points compared to the Swedes and the Mexicans' six.

The card were on the table after their first match. The weaknesses were evident, they didn't look like the German teams of old. There was none of the efficiency or ruthlessness. After their 1-0 to loss Mexico, it took a 94th-minute winner from Toni Kroos to save them. 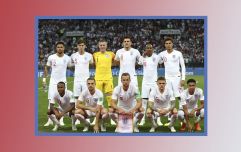 END_OF_DOCUMENT_TOKEN_TO_BE_REPLACED

Despite having chance after chance, they failed to score in this game. It remains to be seen where they go from here, but many of the players so revered in 2014, now face an inglorious end to their international careers.

It is the first time they have gone out in the group stage since 1938, a low point in the country's footballing history.