How I learned to love the cricket, thanks to Ben Stokes

Indulge me if you will, because this is not quite as self-indulgent as the headline suggests. Instead, it is an ode to the power of personality, and how one great player can change your entire perception of a sport

Prior to the summer of 2019, my relationship with cricket had been confined to a number of years spent playing during the summer with my friends, blissfully unaware of any great insights into the sport - its history, its star players, and only partially aware of the rules. I also spent a large portion of the summer of 2005 watching that Ashes series in between playing Pro Evo for nine hours a day.

In the 14 years since I pretty much forgot about cricket entirely. I didn't dislike it, the entire sport just slipped my mind, and I happily went about my life.

Then, on a sticky hot day this summer, along came a tall, bearded ginger man called Ben Stokes, and everything changed.

Great players and great personalities sell sports. They encapsulate all that is great about athletic competition and attract those that previously weren't particularly interested.

Michael Jordan, Kobe Bryant and LeBron James showed three generations of basketball philistines just how good the sport can be. Lionel Messi continues to convert those who don't care for football, while Serena Williams and Roger Federer have added both armchair and devoted fans to the world of tennis. For cricket, that person is Ben Stokes.

Talent is one thing, but all professional athletes have talent. What Ben Stokes has is something else, something less easily defined than just the ability to win games.

Through both his technical skill and his frankly absurd levels of will power and self belief, Stokes possesses the ability to open up cricket and prove to those with preconceived notions that it is not merely a boring game played by and for posh people. 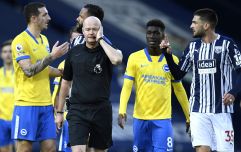 END_OF_DOCUMENT_TOKEN_TO_BE_REPLACED

His last stand in the Cricket World Cup final against New Zealand earlier this summer, when England had looked consigned to certain defeat, was my first insight into what he and cricket could offer.

He struck the ball beautifully, chose his runs smartly, spiked deliveries when need be, and ran until he literally couldn't run anymore. The sight of him, hunched over and heaving after yet again making it back to the stump, will remain in mind for years to come.

I remember watching that game from my couch, and I remember my heart rate rising with every passing over.

Just when you thought Stokes was beaten, he responded with the impossible. Physically he was broken three or four times over, but mentally he was stronger than anyone else at the crease.

It was a microcosm of everything that is admirable about sport - everything we want from our sporting idols - and he somehow bettered it less than six weeks later.

The Ashes was out of reach for England when their ninth wicket fell on Sunday against Australia. Then, in the painfully sweltering heat he hit 74 runs off 42 balls.

He showed the same level of discipline and calculated risk he showed against New Zealand and once again pulled England back from the brink. He reduced a three-digit deficit to just one (with the help of Jack Leach) and kept his head while all around him - at home and at Headingley - lost theirs. Then he won it with a boundary to briefly, until the next Test at least, lift the expectation of a nation off his shoulders.

It was an innings described by many as the greatest they'd ever seen and while I've not seen many, I'd say they are - on balance - probably right.

For all the praise that Stokes will deservedly receive in the coming days, the truth is that his performances go beyond the superlatives. They go beyond ratings. His performances make your heart beat, your brow sweat. They make you cheer for a sport you didn't care about and a country you don't support.

They remind you why you love sport in the first place. And, if you're lucky, open your horizons to a new one.