Aston Villa are on the verge of massively strengthening their frontline with the signing of Brentford's in-demand striker Ollie Watkins, who is reportedly close to signing for the club for a Championship-record fee.

The fee, according to Phil McNulty of the BBC, will be an initial £28 million, potentially rising to £33m.

Aston Villa close to deal for Brentford striker Ollie Watkins. Fee is an initial £28m which could rise to £33m with add-ons.


That return was double what he had scored in the previous two seasons combined, as he struck up a deadly partnership alongside forwards Said Benrahma and Bryan Mbuemo. 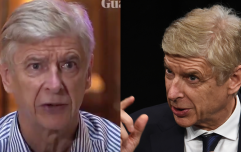 END_OF_DOCUMENT_TOKEN_TO_BE_REPLACED

Following Brentford's defeat to Fulham, interest in Watkins intensified greatly, with a host of Premier League clubs, including Villa, West Ham and Spurs all linked with him.

However, it appears that Dean Smith, who managed Watkins for a season at Griffin Park, has won the young striker's signature with a move that fans will hope can add a degree of ruthlessness to an attack that has been blunt, at best, since their return to the Premier League.

In June of last year, Villa spent £22 million - the-then record for an initial transfer fee - on Brazilian striker Wesley Moraes from Club Brugge. However, he would score just five goals in 21 league games.

In January 2020, they signed Tanzanian striker Mbwana Samatta for around £8.5 million, this time from Genk. He scored one league goal last season.