"They were seven wonderful years..."

Willian has posted a farewell message to Chelsea fans on Twitter, bringing his seven year spell at Stamford Bridge to an end.

The Brazilian was offered a contract extension by Chelsea but he turned it down, and now looks certain to join London rivals Arsenal on a free transfer.

A OPEN LETTER TO THE FANS OF @ChelseaFC pic.twitter.com/ZUUEfwnx5d


In the open letter, Willian says "There were so many happy times, some sad, there were some trophies and it was always very intense." 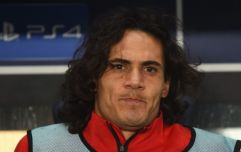 Manchester United in talks with Edinson Cavani and Luka Jović

END_OF_DOCUMENT_TOKEN_TO_BE_REPLACED

"I am really grateful to Chelsea fans for the affectionate way they greeted me at Stamford Bridge and their support throughout my time at the club."

"The time has now come to move on. I am certainly going to miss my teammates. I will miss all the staff at the club who have always treated me like a son and I will miss the fans."

Willian's move to Arsenal will likely be announced in the coming days, but rumours of a £10m signing on fee for the winger have put the club under huge scrutiny after they recently announced they would be making 55 redundancies in order to invest in the first team.


popular
Planks are one of the worst ab exercises, says Triple H's personal trainer
QUIZ: Name the obscure characters from The Simpsons (Part Three)
At the current rate, 292 penalties will be awarded in the 20/21 season
The definitive ranking of Gary Lineker's best and worst dad jokes
FootballJOE's Badge Quiz - #2
Arsenal handed boost in chase for Lyon midfielder Houssem Aoaur
BBC to take away stars' Twitter accounts if they breach impartiality guidelines