Andy Robertson opens up on his early struggles at Liverpool

The Scotland captain moved to Liverpool for £8 million from Hull City last year and enjoyed an incredible debut season in which he played 30 games for his new club, including a start in the Champions League final against Real Madrid.

END_OF_DOCUMENT_TOKEN_TO_BE_REPLACED

The 24-year-old played a total of 22 league games but received just four starts between August and December, and in a recent interview with the BBC he revealed how the lack of game time begun to affect his life at home.

"It was hard at the time as I was not used to not playing and it was something very new to me. I didn't deal with it as well as I could," he said.

"I did struggle, and I was probably not the best to live with in the house, but it is hard because you are putting on a brave face on the training ground thinking you need to work hard to get in the team, but when you come home and start thinking about it and getting annoyed and frustrated, it goes into your family life." 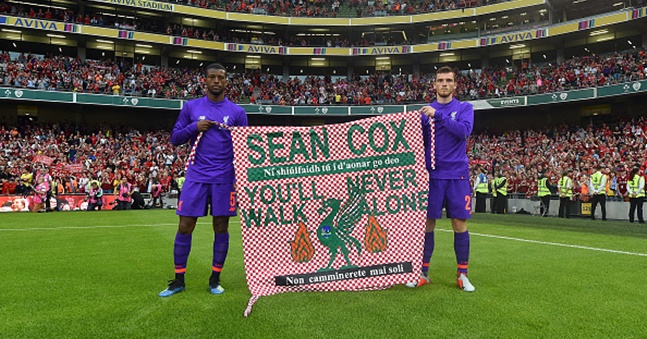 END_OF_DOCUMENT_TOKEN_TO_BE_REPLACED

Robertson said that it took a while for him to adapt to Klopp's way of playing and that he needed to be patient until he received a regular run of opportunities. Liverpool midfielder Fabinho is experiencing a similar situation this season in adapting to life under the German but Robertson said that he was reassured by his manager's faith in him.

"[Klopp] played me in a couple of games and the frustrating thing was that I felt like I did quite well. He said I did do well, but I still wasn't quite adapted to his way of playing," said Robertson.

"Now I look at the performance I put in against Crystal Palace and I think a lot of people said I played well, but there were things I did wrong in terms of the way he wants us to play.

"It was just about being patient. I did have a few chats with the manager, but it was never crucial or make-or-break."

popular
Metallica finally reacts to Stranger Things 'Master of Puppets' scene
Ed Balls and Susanna Reid dance on GMB as protester sings 'Bye Bye Boris'
Gary Neville hits out at ‘bullsh*tter’ Rishi Sunak over resignation
Conservative Party vice chairman resigns live on TV as Johnson administration thrown into turmoil
Bayern Munich not convinced Barcelona will exist in two years, refuse instalments for Robert Lewandowski
Brit on holiday beaten with a brick by gang before being thrown in the sea unconscious
Dad who ran off with Ukrainian refugee says couple are doing 'brilliantly' - but he can't see his kids
You may also like
Sport
Liverpool fans 'happiest' in the Premier League, according to survey
Sport
Heung-min Son opens up on racial abuse suffered as a teen in Germany
Sport
Premier League player arrested on suspicion of rape facing two more allegations
Sport
Ryanair troll Spurs with Arsenal chant after Antonio Conte spotted on flight
Sport
You're Cristiano Ronaldo - choose your next club
Next Page